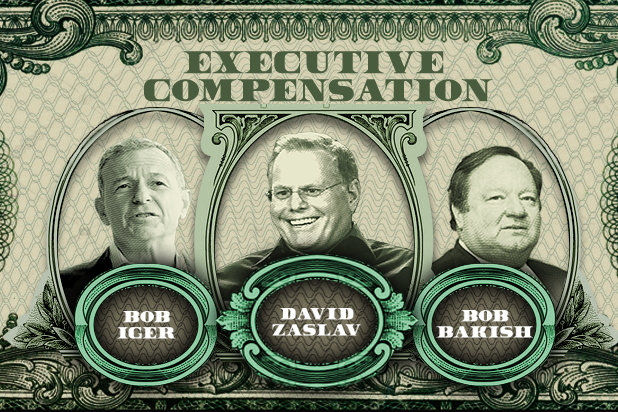 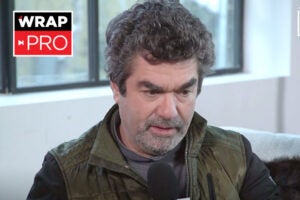 Hollywood’s Highest Paid Executives: Who Made Bank, Who Sank in 2018 (Updating)

The U.S. economy had a pretty good 2018, and so did many of Hollywood’s top TV, film and media executives.

Making the most coin — by far — was Discovery chief David Zaslav, who saw his executive compensation soar to $129.4 million. That dwarfed the other guys (and we do mean guys) on this list, especially with disgraced CBS boss Leslie Moonves leaving the field in September.

As part of Moonves’ separation agreement from his former employer, the man accused by numerous women of sexual misconduct had to forfeit $34.5 million. For what it’s worth, Moonves still made more money in his abbreviated 2018 than Dish chairman Charlie Ergen did across 12 months — nearly four times more.

Also Read: Hollywood's Highest Paid Executives: Who Made Bank, Who Sank in 2017 (Updating)

Below is TheWrap‘s list of executive compensation details from 2018 corporate SEC filings. To compare it to past years, click through our previous annual reports:

We will be updating this story as more major media companies report the take-home pay of their top executives.

Sarandos’ compensation was pretty evenly spread out, with $12 million in salary and $17.6 million in stock options.

With several new competitors set to debut later this year, Netflix continued to tighten its stranglehold on the streaming world, with the company reporting it added a record 9.6 million subscribers during the first quarter of 2019.

Netflix is on the verge of hitting 150 million paid subscribers, which it will probably do at some point in 2019. That’s good because the company’s turf is about to get invaded by the likes of Disney, Apple and WarnerMedia this year, with Comcast right behind them in 2020.

Also Read: Hollywood's Highest Paid Executives: Who Made Bank, Who Sank in 2016

Stephenson thrust AT&T into the entertainment industry last year after completing one of the biggest media acquisitions in recent years. He and AT&T finalized the company’s $85.4 billion deal for Turner, HBO and Warner Bros. parent company Time Warner.

In the three quarters since AT&T’s acquisition of Time Warner, the telecom has fallen short of Wall Street expectations for both profit and revenue, as management continues to deleverage the company, prepare to launch a direct-to-consumer streaming service and stabilize businesses following several executive departures on the entertainment side.

AT&T’s purchase of Time Warner helped to lift John Stankey’s compensation by a whopping 64% in 2018.

It hasn’t been all smooth sailing for Stankey, however. First, he caused a fair amount of agita during his first company town hall last summer, when he said HBO needed to be “broader” and increase its content output. That was followed by a massive executive shakeup — which saw the departures of longtime HBO chief Richard Plepler and Turner president David Levy — with Bob Greenblatt installed as the new entertainment head of WarnerMedia.

Joe Ianniello, who took over for former CEO Leslie Moonves last fall after the latter resigned in the wake of multiple sexual misconduct accusations, saw his pay rise $5 million in 2018, to $27 million.

In April, CBS extended Ianniello’s tenure as president and acting CEO for an additional six months, and suspended its search for another chief executive officer. The extension takes Ianniello through the rest of 2019. The delay in finding a permanent successor to Moonves will likely throw fuel onto the fire that CBS and its former sister company Viacom could be headed for a merger.

Don’t worry about Tim Cook. While his compensation package — a $3 million salary, along with a $12 million bonus for meeting performance goals and about $700,000 for security and other expenses — might look relatively “modest” compared to other executives on this list, he more than made up for it.

That’s because Cook cashed in $121 million worth of stock options last summer, soon after Apple became the first company to hit the $1 trillion valuation mark.

Despite lagging iPhone sales last year — customers are waiting longer than ever to upgrade their devices — Apple’s stock still increased more than 50% on the year, from about $115 per share to $175 per share, as Cook continues to shepherd the company through a transition period.

Services, Apple’s catch-all sector that includes app purchases and music subscriptions, continued to account for a bigger slice of the company’s annual revenue. (Apple pulled in a record $265.6 billion in sales last year.)

Bakish, who took over the top job from former CEO Philippe Dauman in 2016, was at the center of a lot of discussion about a potential merger with CBS in 2018, as the two companies flirted with and then fought about a potential realignment.

Talk of the two companies merging has been going on since at least 2016. Former CBS CEO Les Moonves, however, all but launched a corporate and legal siege last year to block any attempts to combine the two companies.

In 2017, Bakish’s first full year in the top gig, Viacom’s profit bounced back in a big way. It didn’t do as hot in 2018. Bakish’s actual salary increased from about $2.8 million in 2017 to a flat $3 million last year. His options rose by a few hundred thousand bucks as well, and his non-equity incentive plan compensation jumped from $7 million to about $9.4 million.

Iger’s total annual compensation jumped more than 80%, to $65.6 million, during 2018. His salary for 2018 was $2.9 million, but his overall compensation was boosted by the $35.4 million he received in stock rewards, as well as the $18.0 million from a non-equity incentive plan, $8.3 million in option awards and $1.1 million listed as other compensation.

Iger has helmed the Mouse House through the extremely lucrative acquisitions of Marvel and Lucasfilm, and earlier this year closed the $71.3 billion acquisition of most of 21st Century Fox’s film and TV entertainment assets.

Last year, during his 80% bump, Disney earned $12.6 billion in total income, which was up 40% compared to the company’s $9 billion in net income during the prior year. And the media and entertainment giant reported that earnings per share rose 47%, to $8.37.

Dish Chairman Charlie Ergen saw a nice lift on a percentage basis from his 2017 executive compensation, but he still holds the unfortunate distinction of being the lowest paid member of our list.

Now would be a time to ask dad for a raise in allowance, David Zaslav’s kids.

The Discovery president and CEO took home nearly $130 million last year, practically tripling his compensation from 2017. Oh, and 2017’s earnings of $42 million were nothing to sneeze at.

That huge all-in number was mostly thanks to an enormous increase in Zaslav’s options award. In 2018, the one category alone surpassed $100 million. That comes about as the result of a new contract — with a big condition. For Zaslav to ever actually realize those options awards as cold, hard cash, Discovery stock (DISCA) would have to grow by 5% or more each year through the end of his contract in 2023.

In March 2018, Discovery closed a near-$15 billion acquisition of Scripps, which had been the owner of popular cable channels like HGTV and Food Network. That sure helped shore up Zaslav’s new deal.

Leslie Moonves took a big hit in his compensation after being forced to resign as CEO of CBS last year.

Moonves, who stepped down in September following multiple sexual misconduct accusations, forfeited $34.5 million of his $42.5 million in stock awards as part of his separation agreement. (Through his lawyer, he “vehemently denies having any non-consensual sexual relations.”)

The large decline in the top executive’s executive compensation falls under the Non-Equity Incentive Plan Compensation category, where Sapan’s annual take-home pay decreased from $13.2 million to $4.6 million. There’s the majority of your year-to-year difference, as Sapan’s stock awards dipped from $14.3 million to $13.9 million.

According to AMC, the decline in the pay of executives like Sapan is a result of the company moving away from processes that caused a “bunching” effect in executive pay. Read more about that here.