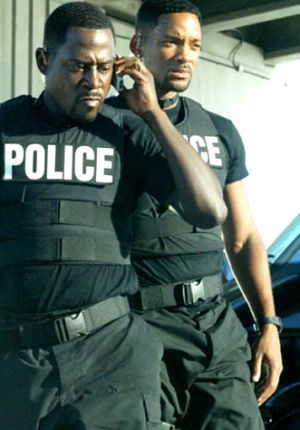 The forecast is for a white summer — at least at the movies.

With the notable exception of "Karate Kid," headlined by Jaden Smith and Jackie Chan, most of the big-budget films hitting over the next few months star Caucasian actors.

Russell Crowe, Tom Cruise, Julia Roberts and Leonardo DiCaprio will all trot out new offerings. Their minority counterparts like Denzel Washington and Will Smith?

Ironically, the lack of diversity seems to have gone unnoticed amid the uproar over the casting of "The Prince of Persia" and "The Last Airbender," which cast white actors in roles where the source material featured characters of a different ethnicity.

"It seems out of step with where we are as a culture," Craig Detweiler, professor of film history at Pepperdine University, told TheWrap. "We have the first African American president, and yet there are a shortage of African American, Asian and Latino stars. For all Hollywood’s progressive politics, its casting decisions look remarkably retrograde."

Though tentpole season has rarely brought with it a rainbow coalition of actors, this season is looking particularly monochromatic.

In the past, non-white actors such as Eddie Murphy, Chris Tucker and Jennifer Lopez have appeared above the credits on major releases. This year is noticeably lacking in a "Rush Hour," "Nutty Professor" — or even a dead-in-the water thriller like Washington’s "The Taking of Pelham 1 2 3" to make the constellation of summer movie stars more diverse. 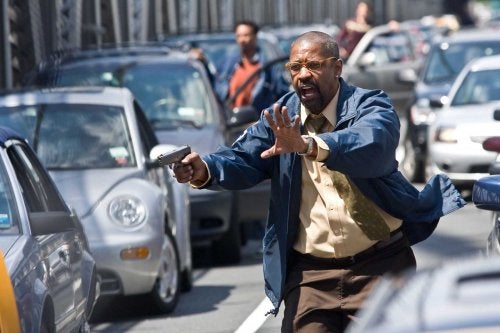 Instead, actors of color have been relegated to supporting roles or starring parts in a handful of low-budget films such as "Just Wright" that are targeted at non-white audiences.

True, Hollywood did come through with some strong supporting roles for actors of color this summer.

"Iron Man 2" features Samuel L. Jackson and Don Cheadle as superheroes, "Grown Ups" has Chris Rock as one of five immature protagonists, Murphy is back as the voice of the fun-loving donkey in "Shrek Forever After" and Ken Watanabe plays a mysterious operator in "Inception."

They are complementary pieces in the film, but theirs is not the big name above the title.

"These are expensive movies, and there is a sense that a Caucasian suburban audience won’t cross over to see a film with black actors," Chad Hartigan, a box office analyst with Exhibitor Relations, told TheWrap. "But it won’t be as hard to get minorities to see ‘Iron Man 2.’"

But the dearth of films with African American, Asian or Latino leads isn’t just a case of institutional racism. It’s also about a growing lack of bankable actors of color. Smith is irrefutably one of the biggest stars in the world, but other non-white stars have a spottier record at the box office of late, Hartigan said.

Washington’s films consistently gross around $90 million domestically — but that’s been standard for the past decade, during which time ticket prices have increased. That means his audience is actually shrinking.

Beyond Washington, the record is checkered. Halle Berry struck out in her tentpole bid with "Catwoman," Tucker failed to capitalize on his "Rush Hour" popularity by making other films, his co-star Chan has had a difficult time in non-franchise fare such as "Around the World in 80 Days" and Jamie Foxx’s audience-pleasing attempts with "Miami Vice" and "The Kingdom" have hardly been bleachers-clearing hits.

There are a number of talented up-and-coming actors such as Anthony Mackie and Michael Pena, but they have steered toward independent fare. Even if they were interested in more commercial material, analysts say studios are making fewer of the  midbudget films such as "New Jack City" or "Money Talks" that allowed the likes of Wesley Snipes and Tucker to connect with audiences.

Aggravating the problem, at least for this summer, is the casting of white actors in roles intended for minorities. In particular, M. Night Shyamalan’s "The Last Airbender" — based on a popular Nickelodeon series about a group of Inuit and Asian martial artists — has drawn a lot of fire.

For the movie version, many of the key parts were re-imagined with white actors such as "Twilight’s" Jackson Rathbone and young newbie Noah Ringer. 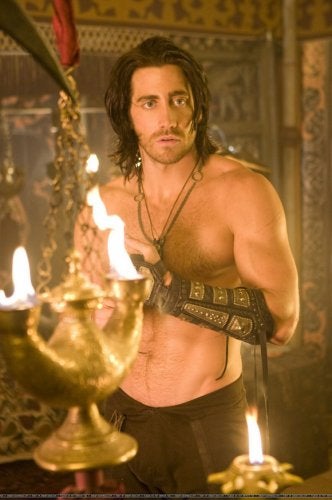 Paramount argues that "Slumdog Millionaire" star Dev Patel is one of the leads and Asian actors have been cast in secondary roles. Further, the studio says "more than half" of the film’s 23 credited speaking roles are filled with "Asian and Pan Asian actors of Korean, Japanese and Indian decent.

"Night’s vision of ‘The Last Airbender’ includes a large and ethnically diverse cast that represents cultures from around the world," a Paramount spokesperson told TheWrap. "The filmmaker’s interpretation reflects the myriad qualities that have made this series a global phenomenon."

That’s not good enough for some. Critic Roger Ebert has called out the studio for its choices and a group, Racebending.com, has formed to boycott the film, attracting an estimated 6,000 supporters.

"M. Night Shyamalan has said that this is the most diverse tentpole film ever. Only having people of color populating the background is not a huge step forward," Michael Le, a spokesperson for Racebending, told TheWrap. "It’s hard to judge the intention behind casting, but if they needed to cast a Caucasian to make a film bankable, then that’s a sad point of view."

Then there’s the casting of Jake Gyllenhaal as Iranian royalty — with an English accent to boot — and surrounding him with a cast of non-Persian actors such as Gemma Arterton and Alfred Molina.

Reza Aslan, chief creative officer of BoomGen, a consulting firm hired by Disney to help with outreach to Muslim communities, notes that the studio did a lot to stay true to Persian history and portrays its Persian characters in a heroic light, in sharp contrast to recent Hollywood blockbusters such as "300." He adds that the production employed Middle Eastern workers both on and off the screen.

"Look, this is a $200 million summer blockbuster; Iranians are not stupid," Aslan told TheWrap. "They know that they’re not going to cast an unknown Iranian actor in a Bruckheimer summer spectacle."

"What this will do is throw down the gauntlet and you’ll see a blossoming of films about the Middle East with Middle Eastern actors," Aslan added. "If Disney, one of the biggest brands in the world, isn’t afraid of the subject, than others won’t be afraid to tackle these themes."

So what’s an actor of color to do, if he or she can’t edge his way onto a major role on the big screen?

More and more of them are finding warmer waters on television.

Witness the multicultural cast of "Lost" or the decision by Forest Whitaker to return to the small screen in a "Criminal Minds" spinoff just a few years after his Oscar win.

"Television is taking a risk on black actors in a way that film isn’t," said an African American screenwriter who declined to be named because she feared it could jeopardize her relationships with studios. "In Hollywood it’s ‘show me the money,’ and there’s a perception that films with minorities don’t make money. It’s too hard to make a living in features these days."