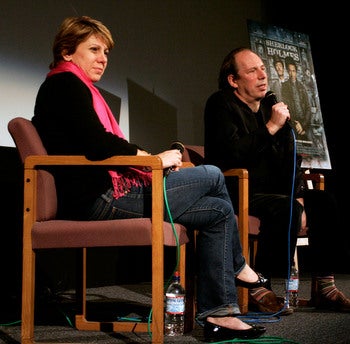 He described the resulting score as “the Pogues go to Romania,” adding, “It’s sort of Kurt Weill, ‘Mack the Knife,’ ‘Threepenny Opera,’ and that gets you back to Victorian London.”
Working on Warner Bros.’ “Sherlock” was unusual for the prolific composer, who said, “Usually I get to talk to the director before he starts shooting.”
In this case, however, Ritchie called and said he was doing “Sherlock Holmes” and using Zimmer’s score for “The Dark Knight” as the temp music.
Zimmer admitted he had his doubts about Ritchie’s approach to the cerebral hero, making him a man of action. “But this movie is about Robert Downey Jr.’s performance,” and Zimmer even picked the actor’s brain while working on the score.
“Every Sherlock Holmes on the screen always plays the violin,” he said, “and they play it beautifully and classically. I didn’t think that was how it would work in this film.
“Basically Sherlock Holmes is manic-depressive, and when he doesn’t have a case, it’s very sad in his head,” he continued.
“There’s a virtuosity in Sherlock’s thinking, his mind, and I wanted to get that into his playing,” he added. “I used Downey shamelessly” to that end. 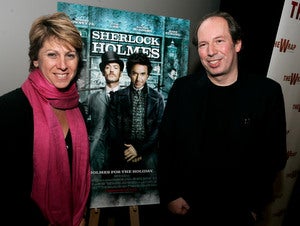 Also, Zimmer admitted, “I’ve been on a mission to redeem the banjo in film music, ever since ‘Deliverance.’ So I thought, ‘Let’s put it in a big Hollywood Christmas movie!’”
Zimmer said he worked on the “Sherlock” score for seven months. “I started in May and was supposed to be done in August – according to Warner Bros.,” he said. “But I looked at the release date and said, ‘Why?’”
In a case of the work expanding to fill the time available, he finished the score the Sunday after Thanksgiving, two days before press screenings were scheduled to begin.
Zimmer’s background is in pop music – he was a member of the Buggles, whose single “Video Killed the Radio Star” launched the music video era.
He got into scoring films, he said, because “I love movies. I like film music and the whole creative process that goes into this. I like hanging out with filmmakers – the conversations are more interesting.”
x
Looks like you're enjoying reading