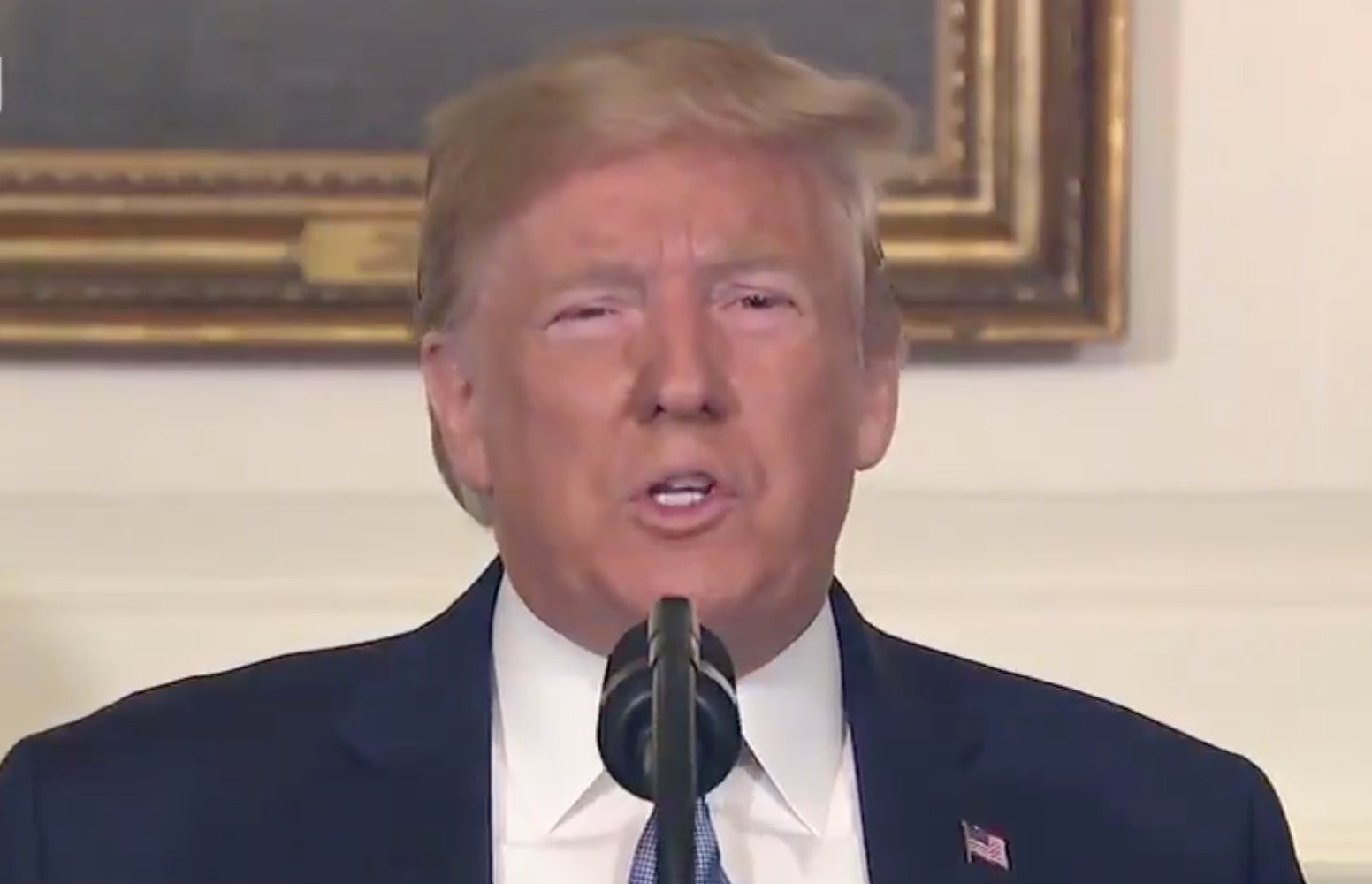 During his speech on Monday morning addressing the mass shootings that took place over the weekend, President Donald Trump misidentified one of the two cities where they took place.

“May God bless the memory of those who perished in Toledo,” he said during remarks, referring to the Ohio city. However, Trump misidentified the city, with Dayton, another Ohio city 150 miles away, the place where the shooting took place.

The reaction to Trump’s gaffe was swift, with Toledo almost instantly trending on Twitter.

“It doesn’t matter whether Trump says ‘Toledo’ or ‘Dayton’ because the notion he cares about the safety and security of either is a farce He wants Ohio’s electoral votes, and his consideration of the safety of Ohioans ends there,” Newsweek columnist Seth Abramson tweeted.

The Atlantic’s Adam Serwer had similar ideas: “Trump won Ohio. He can’t even make the effort to remember which city in the state people were killed in.”

“It is strange watching this speech being analyzed as a serious text when the president got the name of the city wrong at the end. Presumably someone on his staff wrote Toledo instead of Dayton, and no one caught it, not even the president,” observed CNN’s Brian Stelter. He also tweeted, “I don’t believe it. I had to rewind the DVR three times.”

“Toledo?! Really?” wrote conservative commentator Joe Walsh. “He can’t even get the most basic facts right.”

A number of the responses also noted that if the president was reading from a teleprompter, it would mean there were layers to the mixup.

“Let me say this as someone who reads off a prompter EVERY DAY: that Toledo mistake not only tells you everything we know about Trump’s lack of empathy, BUT ALSO everyone else’s on his team. Stunning,” wrote AM2DM co-host Zach Stafford.

“Yes, Trump said the wrong city (Toledo), which is so Trump. But don’t forget: Joe Biden referred to shootings in Houston and Michigan yesterday,” he tweeted.

Over the weekend, at least 29 people were killed and dozens more injured in 24 hours in shootings at an El Paso, Texas, Walmart and mall, and at a bar in Dayton, Ohio. That comes after a shooting at the Gilroy Garlic Festival in California that killed three people last week.