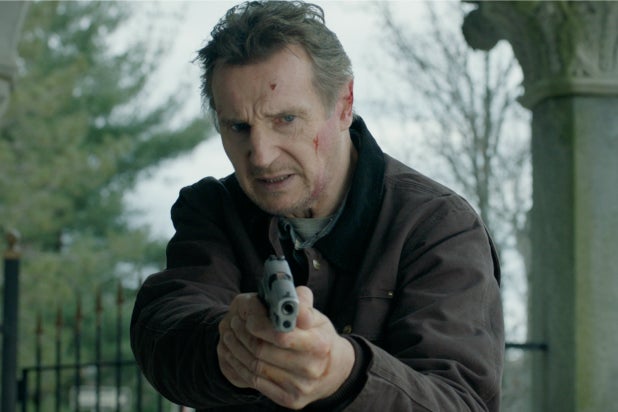 Movie audiences go to see Liam Neeson get revenge the way they once went to see John Wayne ride a horse or Carmen Miranda dance with fruit on her head; the movie itself could be great or mediocre, but there’s that satisfaction of watching a movie star do the exact thing that you want and expect them to do. As “solidly senior Liam Neeson kicks ass” vehicles go, “Honest Thief” falls firmly in the middle, nowhere near the heights of “Taken” but well above the depths of “Taken 3.”

Neeson, as a bank robber trying to turn himself in, is the above-the-title draw here, but “Honest Thief” ultimately belongs to Jai Courtney as a crooked FBI agent who complicates the title character’s confession by attempting to steal the money and kill anyone who gets in his way.

One in a series of handsome character actors that Hollywood has unsuccessfully attempted to mold into a generic leading man, Courtney reminds audiences here that he’s most effective when allowed to play a villain who revels in his own misdeeds, even if the movie is nothing special. (See also: “Jack Reacher.”) For a film actor, that’s a pretty good area of expertise to have.

Neeson stars as Tom, known to the authorities as the “In and Out Bandit” for his skill in robbing small-town banks and smoothly covering his tracks. After a successful job, Tom rents a locker at a Boston storage facility, where he’s immediately smitten with clerk Annie (Kate Walsh), a grad student. A year later, Tom is ready to move in with Annie, but he doesn’t want his criminal past eating away at his conscience. So he approaches FBI agent Sam (Robert Patrick) with a deal: A full confession and the return of every cent stolen in exchange for two-years (and visitation rights) in a minimum-security jail within an hour of Boston.

Since a dozen or so people have already claimed to be the In and Out Bandit, Sam sends agents Nivens (Courtney) and Hall (Anthony Ramos, “Hamilton”) to investigate. Tom gives them the key to his storage locker, which is a massive miscalculation since, naturally, Nivens gets sticky fingers with the millions of dollars stashed there, and talks Hall into joining him in stealing the evidence. The two agents return to kill Tom, but when Sam shows up, Nivens shoots him instead, making Tom a fugitive from the Feds. And when Annie gets roughed up by the two rogue agents and left for dead, well — now it’s personal.

To the film’s credit, Annie isn’t just here to suffer as a plot motivator. Walsh’s chemistry with Neeson makes her not only a good partner for him as he endeavors to prove his innocence, but she also makes the audience believe that Tom would sacrifice two years to ensure that the two of them could have a life together.

Also along for the ride is Jeffrey Donovan, as Sam’s partner, who gets saddled with a running gag about his ex-wife’s adorable little doggy that is pure Screenwriting 101 but at least gives the overqualified actor something to do with a role that’s mostly about giving and getting exposition.

Director Mark Williams (a producer on “Ozark”), who co-wrote with Steve Allrich (“Bad Karma”), never really ratchets up the suspense, nor does he create particularly memorable set pieces, the kind that makes films like “Non-Stop” or “Unknown” stand out among Neeson’s entertaining-but-ridiculous genre entries. Still, “Honest Thief” moves along at a good clip — editor Michael P. Shawver (“Black Panther”) never lets the pace lag — and cinematographer Shelly Johnson (“Greyhound”) finds some visual grace notes, whether it’s a triangle of police cars at a bomb site or Neeson and Walsh hiding in a car and bathed in the red glow of Nivens’ brake lights.

There’s not much to “Honest Thief,” but fans of Liam Neeson giving the kind of cool, committed performance he brings to his genre work will take pleasure in the actor once again sticking it to the bad guys. Here’s hoping that Walsh and Courtney (and Donovan, for that matter) get a career boost for giving so much to a movie that never bothers to give back very much to them.

9 Essential Alfred Hitchcock Movies to Watch on Peacock, From 'Psycho' to 'Vertigo' (Photos)

Good evening. Master of suspense Alfred Hitchcock was born on Friday the 13th back in August 1899, and while the great filmmaker's movies and his TV shows have always been widely available for aspiring film students and classic movie lovers, Peacock has lumped many of his classics in one place. There are 14 of the director's films now available to stream through NBCUniversal's ad-supported service. The trick with Hitchcock is, even writing a top 10 list of the director's best movies would be leaving off some great ones. So below is a list of his essential titles that best define his style and penchant for thrills, and check out a teaser video for all the titles here.