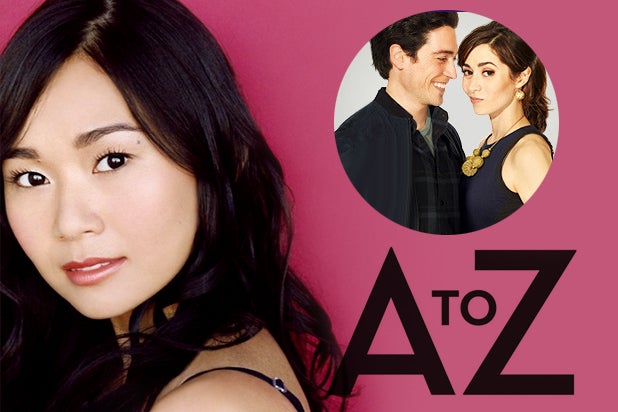 Hong Chau has been promoted to series regular on NBC’s forthcoming sitcom “A to Z,” an individual familiar with the project tells TheWrap.

Ben Feldman and Cristin Milioti star in the half-hour comedy as Andrew and Zelda, a guy’s guy and girl’s girl whose meeting, subsequent relationship and ultimate breakup will be chronicled throughout the show. In the pilot, Chau played Lora, Andrew’s co-worker whose own romantic entanglements cloud her judgment as she tries to help him in his woes with Zelda.

Chau is known for her role as Linh on HBO’s “Treme,” and will soon be seen as Jade in Paul Thomas Anderson‘s “Inherent Vice” opposite Joaquin Phoenix.

Chau is repped by Abrams Artists Agency. See the “A to Z” series trailer below.