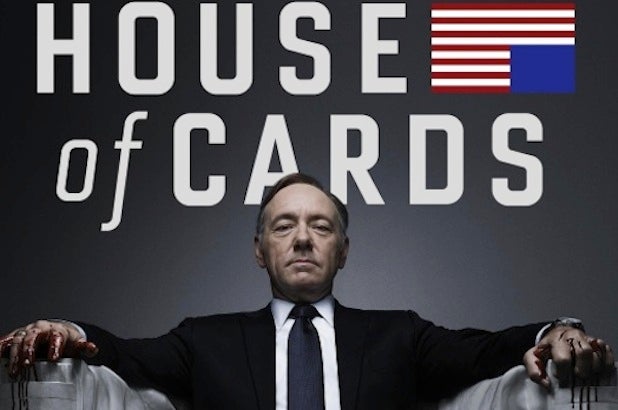 “Your loyalty has not gone unnoticed,” posted “House of Cards”‘ Twitter account. The tweet’s in reference to the show’s logo, which features an inverted American flag.

Your loyalty has not gone unnoticed. https://t.co/ba1kz1yvXF

Beau Willimon’s award-winning drama wasn’t alone in mocking Spicer. Fox News’ John Roberts opened up the briefing by pointing out the gaffe. Another journalist asked if the fashion choice signaled a “distress call.”

Twitter also had a field day, with one user asking: “A silent scream for help?”

For once, I agree with Sean Spicer about the state of our nation. pic.twitter.com/dU2p3bQsuF

i fixed ur flag pin for u sean pic.twitter.com/Y9iCnYNKny

Willimon is an outspoken critic of the Trump administration. Most recently, he called on Twitter to ban Trump from the platform, calling Trump’s tweets “a national security threat.”

In January, he lamented to TheWrap’s Editor-in-Chief Sharon Waxman that Trump’s winning the election signaled a move “backwards.”

“But in the long story that is America we will overcome that, we will move beyond that, and our country will be a better place,” he added.

“House of Cards” season 5 debuts on Netflix May 30.