It almost feels too early for a documentary series about the abuse allegations against Armie Hammer. If you leave out the fact that much of the scandal takes place via texts and Instagram DMs, it feels like the kind of story we might learn decades later, perhaps in a harrowing season of Karina Longworth’s “You Must Remember This” podcast. A rich and handsome movie star with a dark personal life? That’s most certainly not a new concept. Plus, there’s no ending yet. Despite many public accounts of his treatment of romantic partners, including accusations of rape, Armie Hammer is just selling timeshares in the Cayman Islands, biding his time until an inevitable comeback attempt.

But the point of “House of Hammer,” the new docuseries on Discovery+, is that this scandal goes back further than most people might realize. The Hammer family is made up of a long line of men who seem to lack a conscience, whose sense of compassion or morality has been destroyed by impossible amounts of money.

After you hear how far back the darkness goes, you may come to the conclusion that Armie never had a chance to grow up to be a kind and generous person. And that’s an explanation, but not an excuse. There is no excusing the sordid behaviors of the Hammer men, but here is a three-part docuseries full of explanations for as much as can be explained, peppered with horrifying details from the women close to them. 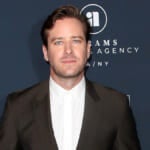 The doc’s two shining stars are Courtney Vucekovich, Armie’s ex-girlfriend, and Casey Hammer, his aunt. Courtney takes the spotlight for most of the first episode as she chronicles her relationship with Armie, from the love bombing to the bruises and the ropes. She also shares many of the messages they sent back and forth, including one time when he sent her a picture of her apartment building and said he was “trying to find her scent.” It’s all uncomfortable and upsetting, but it’s mostly stuff we’ve heard before.

These are the messages that turned “Armie Hammer is a cannibal” into an internet joke. But as Courtney points out, the messages weren’t a joke, and none of this should be funny. In fact, the Hammer family has a long history of doing some very unfunny things. It’s hinted at in the first episode, but in episode two, Casey ushers us into a dark world of money, power, and seven-foot sex thrones. She’s currently estranged from her family, and it very quickly becomes clear why.

Episodes two and three go into the history of the Hammer family, starting with Armand Hammer (Armie’s great grandfather), known for his close business ties to the Soviet Union. The head of Occidental Petroleum, Armand was a rich and powerful tycoon who buddied up to presidents and royalty, and his son Julian certainly inherited his love of power. Julian is the father of Casey and Michael, and while Casey is now speaking out about the abuse running rampant in her family, Michael most certainly walks in his father and grandfather’s footsteps, and has passed on a few things to his son Armie.

As the family tree is laid out, Courtney returns to share more about her time with the “Social Network” star. Each new awful detail about the Hammer family adds new context to Armie’s present day behavior, and with each new fact or anecdote from someone close to the actor, it begins to feel more and more insane that no one has ever stepped in to disrupt what is clearly a dangerous pattern.

“House of Hammer” is a frustrating watch for that reason, but also an enlightening watch. It will not make you feel good and it will not make you feel like justice has been served, and it might turn you off of dating for a minute or two. But in this day and age where no one can quite decide if “cancel culture” is good or bad or even real, it’s invaluable to have such an in-depth look at how it’s almost never just one bad man, or bad person. It’s a long line of bad people, enabled by other people who either look the other way or simply don’t have the power to do anything. It’s a child growing up being told that he should have power that no person should have. It’s a family with more money and influence than anyone really needs.

At the end of the series, after three hours of horrors, it’s chilling to see shots of articles anticipating Armie’s return to Hollywood, wondering if it’s possible and deciding that it probably is. And yeah, it does feel possible, but I can also imagine a world where this doc helps give this story the satisfying, justice-filled ending it deserves.

“House of Hammer” is now streaming on Discovery+. 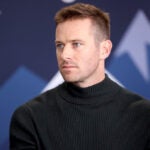