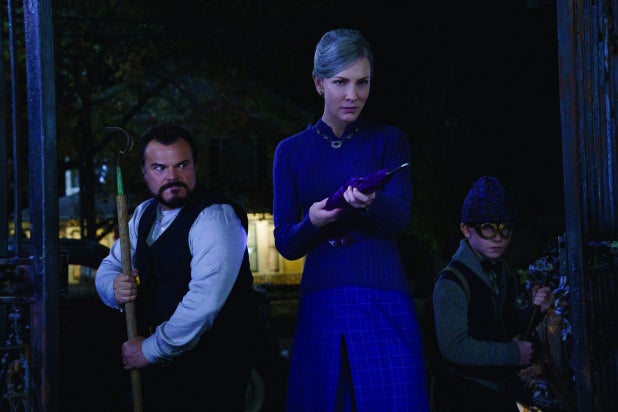 The second half of September will be a slow period for the box office, as studios are expecting that “Venom” and “A Star Is Born” will take up most of the audience interest when they arrive in October. That said, Universal and Amblin are sending in an interesting contender in the form of “The House With a Clock in its Walls,” the first PG-rated film from gory horror director Eli Roth.

Based on John Bellairs 1973 YA novel of the same name, “Clock” is a film that takes several pages from the classic Amblin dark fantasy films of the 1980s, like “Gremlins” and “The Goonies,” designed to give kids a good scare. Compared to the other Halloween titles that will be on offer next month, the film’s fright factor sits somewhere between the sillier “Goosebumps 2: Haunted Halloween” and the very much not-for-kids “Halloween” sequel.

Also Read: 'The Predator': Why $24 Million Box Office Opening Might Be a Letdown

Universal is hoping that younger kids will be drawn in by the somewhat more intense scares and the rich fantasy imagery, projecting an opening in the mid-teens from 3,500 screens and a budget reported to be roughly $40 million.

Independent trackers see the film’s opening weekend slightly higher at $20 million. Regardless, the best-case scenario for this film is that the kids who show up on opening weekend create a strong word-of-mouth that makes the film the go-to destination for family scares through the Halloween season, helping the film leg out. Early critical reviews have been mostly positive, giving the film 71 percent on Rotten Tomatoes.

“The House With a Clock in Its Walls” stars Jack Black as Jonathan Barnavelt, the owner of the titular house filled with monsters and a clock trying to pull the Earth towards oblivion. When his nephew Lewis (Owen Vacarro) moves in, the discovery of magic makes adjusting to life in a new town even weirder. And when Lewis accidentally resurrects the evil warlock who built the house, it’s up to the two, along with their powerful neighbor Florence (Cate Blanchett) to set things right.

Also releasing this weekend are three other films all expected to open to under $10 million. Foremost among them is Michael Moore’s polemical documentary against Donald Trump, “Fahrenheit 11/9,” which will be released by Briarcliff Entertainment and is projected for a $5-8 million start. The doc has an 89 percent RT score.

Dan Fogelman will follow up his TV success with “This Is Us” with the feature film “Life Itself,” a drama starring Oscar Isaac, Olivia Wilde, and Mandy Patinkin. However, the film is being panned by critics, holding only a 13 percent RT score. It is projected for a $4-6 million opening.

Finally, NEON will release the satirical teen thriller “Assassination Nation,” which stars Odessa Young as a high school senior who must band together with her friends to survive after a data hack reveals all the secrets in her small town and sends everyone on a deadly search for the culprit. Written and directed by Sam Levinson, the film is projected for a $4 million opening.