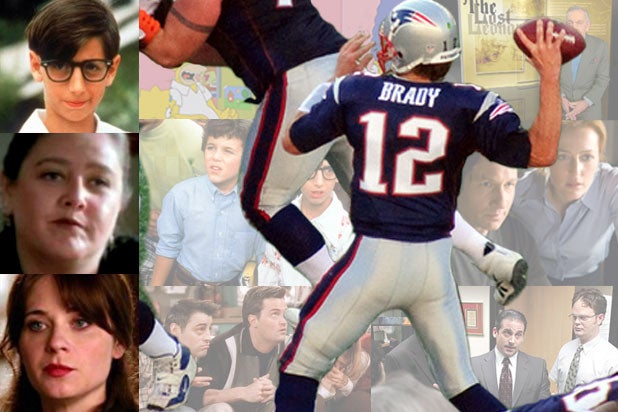 NBC is hoping that the viewer bump that “The Blacklist” received from Sunday’s post-Super Bowl broadcast doesn’t ultimately crash as hard as Fox’s “New Girl” did last year. The Zooey Deschanel sitcom plummeted 86.8 percent in total viewers on the first broadcast following its Big-Game-bookending slot.

That number represents the largest such drop in available history, which TheWrap traced back to 1988.

For that matter, NBC would prefer not to see what befell another Fox comedy, “The Simpsons,” in 2005, when the episode after its post-Super Bowl broadcast sank 65.3 percent — the second widest gap in our study. After all, Super Bowl XLIX network NBC already claims the third biggest such drop, “The Office”, which fell 62.8 percent in 2009.

The only other show to free fall 60 percent or more is CBS’s “Undercover Boss,” which in 2010 hit the qualifying number right on the head. Congratulations?

To be fair to the shows suffering these gaudy descents, in order to fall really hard one has to have a lofty starting point — and changing TV viewing habits explain why many of the largest shifts have come in recent years. Speaking of starting points, here’s a good one for readers of this post: click over to TheWrap’s study of the most and least watched post-Super Bowl shows of the same period, which we published on Friday.

Right about now, you’re probably wondering if any show saw a rise from the post-Super Sunday slot to its next broadcast. Doesn’t seem possible given the aforementioned information, right? Wrong — one classic sitcom shockingly did. That said, it’s not shockingly the oldest data point on our list, 1988’s “The Wonder Years.” Kevin Arnold and family ticked up 3.6 percent a week after they followed the Washington Redskins’ demolition of the Denver Broncos, 42-10.

The next closest we found to breaking even was 2000’s “The Practice,” which dipped just 4.6 percent episode-over-episode. Joining it in the single-digit club is 1992’s “60 Minutes,” which experienced just an 8.8 percent downturn between broadcasts.

*Note: 1989 has been omitted from our rankings because the post-Super Bowl telecast was Part 1 of a miniseries event, so it had no real next regular telecast.

NBC’s “The Blacklist” next airs Thursday at 9 p.m.

Here’s the full chart of available data — which dates back 27 years — ranked from biggest drop-off to smallest (and only) growth.