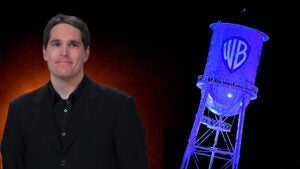 Is the cable bundle about to morph into the streaming bundle?

It is yet another new day in Hollywood. The streaming era, combined with a pandemic that dramatically condensed plans, has irreversibly shaken the ground under the industry as rivals are becoming bedfellows in a headlong race to achieve scale.

“Discovery-WarnerMedia is now the alpha in streaming,” one top agent told TheWrap. “As it is, $20 billion in content spending, higher than Netflix’s $17 billion, along with having infinitely better IP.” (The Warner Bros. studio alone boasts franchises like Harry Potter, DC Comics and “The Matrix.”)

But while the deal will eventually create a powerhouse that is bigger than just about everyone not named Disney, some in the industry argue that it threatens to stop any momentum for HBO Max and Discovery+ at the worst possible time.

“Warner was on the cusp of actually meaningfully disrupting a lot of markets,” said Brian Wieser, global president of business intelligence for GroupM, one of the biggest media buying firms. He argues that with the deal not closing until mid-2022, at the earliest, it puts both companies in a holding pattern for a whole year — particularly WarnerMedia since it’s the one essentially being acquired by Discovery.

“It’s entirely realistic to assume that Discovery will manage the business fine, and make the most of it,” he said. “But hey, that’s two years from now, before we’ll actually start to see any real impact. At least a year before any deal would be approved, and then at least another six to 12 months before you’d see a new organization structure.”

The fate of both HBO Max and Discovery+, both of which launched within the past year, is unclear. Will Zaslav combine the two into one mega-streaming service? Or will the new entity offer a bundle that will give customers a discounted rate if they buy both, much like Disney did with Hulu, ESPN+ and Disney+? Zaslav told CNBC after the deal was announced that he envisions a total subscriber base of 400 million for whatever the combined entity looks like, though he did not provide a target date. In any case, it would put it past Disney’s own stated goal of 300-350 million subs by 2024.

“You take a look at what Bob Chapek and Bob Iger have done; they’re doing a bundling strategy that’s quite compelling. It’s working very well for them. There are other strategies of creating a super pack and, and that’s also working very well,” Zaslav told reporters on a conference call. “We will have the flexibility in the U.S. and around the world to determine how we create the ecosystem around this extraordinary IP. Whether we offer it in the bundle or whether we offer it together, that’ll be something that we’ll be working on and we’ll see over the next few years as we learn more about what consumers want and how they want it.”

Those in the industry are split over what the future of HBO Max and Discovery+ might look like. The agent believes it’s the dawn of bundling in the streaming world, one that would mimic the much-maligned cable bundle. “[It’s] the first of numerous steps leading to the inevitability of streaming bundling,” the agent said. “The consumer is going to end up in the exact same position as far as a monthly bill is concerned with streaming, as it was when everything was on cable.”

On the other end, Wieser believes it makes more sense to roll the two up. “I think a clear uniform business model is probably the best way to go right now, where you basically have one app, one service, and maybe different tiers,” he said.

However the soon-to-be-renamed company handles its two streaming services, it sends a shiver down the spine of industry insiders who were already wary of too much consolidation. The agent wonders if there will be further deal-making ahead with NBCUniversal, ViacomCBS and even Netflix looking at bulking up further.

“If I were Netflix, I would really look into buying ViacomCBS or Lionsgate or the entertainment assets of Sony or all of the above in order to remain competitive,” the agent said. “They have too much debt, have the most expensive service and the worst quality control as far as quality of original programming. They need to make a major acquisition before their inflated stock price starts to decline and ultra-rich Apple just gobbles them up.”

Another knowledgeable individual said industry executives did this to themselves: “The agents realized they f—ed up. Everyone took checks from Netflix for a couple years, and it forced the networks to consolidate to compete. If you are an agent, you’re terrified because there were 20 buyers, and you could play them against each other. But now you’ve got Netflix, whatever this thing will be, Disney and Paramount/ViacomCBS.”

The merger represents a stunning about-face for AT&T, which is exiting the content business just three years after it closed on a $84 billion deal for Time Warner. But analysts told TheWrap they saw this coming. “The concept never made any sense,” Craig Moffett of research firm MoffettNathanson said. “They made matters worse by overpaying for both DirecTV and Time Warner. That left their balance sheet in tatters.”

Added Wieser: “From the moment that they bought it, it was pretty clear that they would never be able to continue owning it.”

“In today’s media world, focused scale is the only way to be both large enough and nimble enough to embrace technological change and carve a meaningful space in a tech platform dominated landscape,” he wrote. “While Discovery+ and other new DTC streaming services have added meaningful subs right after launch with a big marketing push, the multibillion-dollar question was how do you keep adding subs year after year?”

Injured ‘AGT: Extreme’ Stuntman Posts Update from Hospital: ‘There Is a Long Road to Recovery’