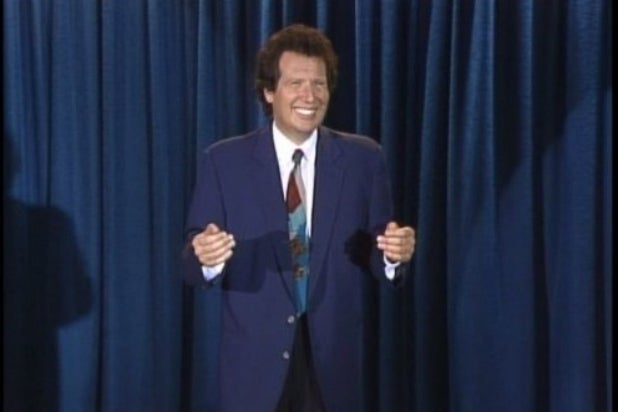 Garry Shandling had one wish: To see “The Larry Sanders Show” back on HBO. And this month — half a year after the comic died — it is finally coming true.

HBO is bringing back reruns of the influential series about a tormented talk-show host (Shandling), a show widely credited with revolutionizing TV comedy. The deal came about after months of deal-making led by the comedian’s old friend, Steve Mosko, who was running Sony Pictures Television, which controls the “Sanders” rights.

“At the end, he just gave me this look, which I can’t really describe,” Mosko told TheWrap. “He says, ‘Listen to me. you’ve got to do something for me. I just need my show to be back home again. It needs to go back to HBO.'”

Since ending its run in 1998, “Larry Sanders” repeats had appeared on Comedy Central, IFC and Crackle.

But at the end of his life, Mosko said, Shandling wanted the show to return to its roots. “He thought it was the perfect bingeable show,” Mosko said.

“Look at the writers that came off that show: Steve Levitan and Judd Apatow and Adam McKay,” he added. “It’s a who’s who of these guys who are big deals in the business now.”

After the dinner, Mosko sent a note to HBO chief Richard Plepler, who was receptive to a “Larry Sanders” return. He also got Sony’s business affairs staff working with Martin Lesak, Shandling’s new representative.

Even so, it took four months to hammer out all the details. “It kind of dragged on, went past the holidays,” Mosko said.

Finally, in March, Sony and HBO had worked out the kinks. “I can’t tell you how happy this makes me,” Shandling told a Sony executive.

“That was one of the last calls he had,” Mosko said. Shandling died of a heart attack later that day.

Mosko is pleased that he was able to help make Shandling’s last dream come true. But he demurred when asked whether Shandling indeed knew the end was near.

“I would hate to make that assumption,” Mosko said. “But he had a sixth sense about everything in life.”