“His Dark Materials” fans are no joke. The book series by author Philip Pullman is one of the most beloved fantasy franchises this side of “Lord of the Rings” and “Harry Potter,” and any writer attempting to tackle an adaptation is opening himself up to a ton of potential backlash.

But Jack Thorne, writer of the new limited series adaptation for the BBC and HBO, is intimately familiar with the pressures of dealing with fandom and still he took on the challenge anyway.

“Oh totally,” Thorne said in an interview with TheWrap when asked if adapting a property with such a passionate fanbase had ever given him pause. “But I’ve dealt with ‘Potter’ fans. So I know about fans.”

A veteran screenwriter and playwright, Thorne’s previous credits include the BAFTA-winning “National Treasure” series, the TV spinoffs of Shane Meadows’ “This Is England,” the U.K. versions of “Shameless” and “Skins” and, most notably, “Harry Potter and the Cursed Child.”

He was still in the middle of working on the stage follow-up to J.K. Rowling’s mega-popular book-turned-movie franchise when he was first approached to tackle the “His Dark Materials” adaptation in 2016. BBC One had teamed up with Jane Trantor and Julie Garner’s production company Bad Wolf to adapt the first book, “Northern Lights” (published under the title “The Golden Compass” in the U.S.) as an eight-part television series. Thorne turned it down. 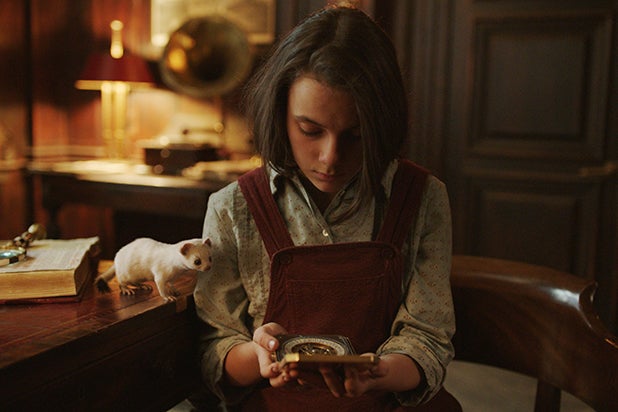 Thorne ended up meeting with Trantor for what was supposed to be a one-hour conversation about the project and his potential involvement and ended up being a four-and-a-half-hour deep dive into the details of Pullman’s story and the possibilities of a TV series adaptation. “From that moment on I was hooked,” Thorne said. “And almost four years later, it was a good time.”

“His Dark Materials,” which will air on BBC One in the U.K. and HBO in the U.S., is a more or less faithful adaptation of Pullman’s novel. It centers on Lyra Belacqua (Dafne Keen), an orphan living with the scholars at the fictional Jordan College in Oxford who becomes swept up in an adventure that involves witches and prophecies and talking polar bears. Along the way, she’s accompanied by her “daemon,” Pantalaimon (voiced by Kit Cooper), because in the world of “His Dark Materials,” people’s souls live outside of their bodies in the form of animals.

Also Read: 'His Dark Materials' Gets Premiere Date From HBO

On screen, Keen ably captures the spunk and vulnerability that defined Lyra on the page, bringing to life the girl who sneaks out of boring lectures through windows and is constantly pushing against the boundaries placed on her by adults and their secrets.

It’s “The Affair’s” Ruth Wilson who gets the meatiest role of the show’s early going. She plays Mrs. Coulter, the glamorous woman who sweeps Lyra away from Jordan College and quickly takes on a much more menacing and complex role in Lyra’s life. 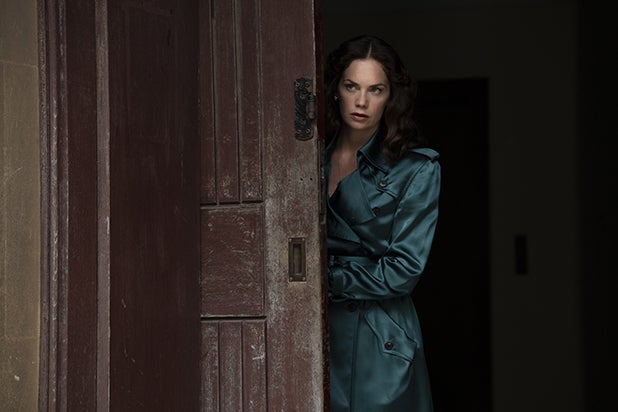 “Empathy just pours out of Dafne,” Thorne said. “And once we put her in a room with Ruth and they did a couple of scenes together, we were just like, Oh this is it. This is the central dynamic that’ll take us through this series.”

If Thorne and company have any reason to be extra fearful of how the show will be revealed, it’s only because fans of Pullman’s trilogy have been burned before. An infamous film adaptation of “The Golden Compass” starring Nicole Kidman and Daniel Craig was released in 2007 only to be rejected from just about every direction.

That film was directed by Chris Weitz, who, like Thorne, was a longtime fan of Pullman’s books. Weitz secured the job by sending the studio an unsolicited 40-page plan for the adaptation and proved so committed to the franchise that his first draft of the script was a meticulous and wholly unusable re-creation of the novel that clocked in at over 200 pages. Prior to filming, he went as far as to participate in a Q&A with a Pullman fan site in attempts to assuage fans’ concerns.

But for all his good intentions, a swirling combination of heightened expectations, studio skittishness and outside pressure turned the movie into one of the most notorious box office failures of all time, as documented in a lengthy article in The Atlantic ahead of its release.

Diehard fans, by and large, hated the liberties Weitz and the studio took with Pullman’s story, objecting to the way the film sanded down the book’s anti-religious elements and lopped off the tragic ending to make for a more generic, audience-friendly blockbuster. But the watchdog group Catholic League objected to the film anyway, labeling it a Trojan Horse for atheism and distributing a 23-page booklet outlining their objections to the film before they’d even seen a second of footage.

To make matters worse, the general audience didn’t turn up either. Despite a $180 million dollar budget, New Line’s dreams of turning the series into its follow-up franchise to “The Lord of the Rings” were dashed when the film recouped just $70 million at the domestic box office. The film managed to make up those losses overseas, but the damage was done and the sequels never materialized. 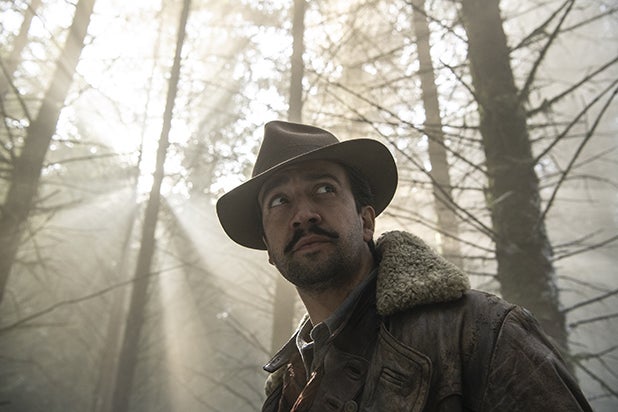 Whether due to changing times, the expanded breathing room of a limited series, or simply having learned the lessons of “The Golden Compass,” “His Dark Materials” makes no compromises in terms of story or Pullman’s anti-religious themes. If anything, it expands its scope to include more of those elements, which in the books primarily appear later in the trilogy.

“There was no pushback in terms of politics,” Thorne said of working with HBO and BBC on the series. “But there was a lot of notes.”

According to Thorne, the two networks came into the project with high standards and exacting attention to even the smallest details, but the skittishness that may have contributed to the last adaptation’s failure was nowhere present.

“There wasn’t freedom by any means,” he said. “But I wouldn’t expect there to be freedom on a show that has a large budget. You know, there are people’s reputations resting on it. But I’m not the sort of writer who wants everyone to go away and leave him to it. I like collaboration.”

One of Thorne’s collaborators was Pullman himself, though the author — as he did with the 2007 film — opted for a more hands-off approach to the series, allowing the producers to adapt his story as they saw fit. “He always knew that it wasn’t going to be that we could copy every comma, but he was always available to us, and he was always watching and looking and reading,” Thorne said.

Pullman’s input proved especially useful in those moments where the show does deviate from the books, including the decision to stray from Lyra’s point of view. Where “Northern Lights” primarily reveals its world through the protagonist’s eyes, “His Dark Materials” opts for a more expansive use of Pullman’s omniscient narrator, adding in scenes showing Asriel’s side adventure or the political machinations of the Magisterium, a powerful religious organization named for the authority of the Catholic Church. 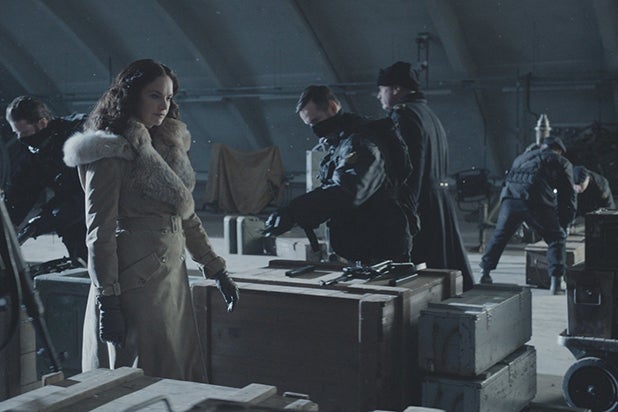 The writers’ work with Pullman generally involved approaching the author with their plans and giving him the chance to check their interpretation for inconsistencies with either the text or subtext of the novels. “We’d always find out information that we didn’t know about these characters … There were some very interesting things that he came up with as a result of that,” Thorne said.

And though Thorne doesn’t feel beholden to the minutiae of books, he does feel “honor-bound” to serve the story that Pullman created. It’s not unlike the sense of distant responsibility he feels toward the fans.

“The people who care about these books are really important. They’ve got the soul of the thing inside them … You sort of have to forget about them while you’re writing, but you’ve also got to keep them in the back of your mind.”

Also Read: Why HBO Max Must Outmuscle HBO to Succeed

That’s a delicate balancing act for a writer. And, as others have learned in the past, it’s one that can go awry even with the best intentions. But it’s a role Thorne happily takes on.

“Having fandom on one shoulder, and Philip Pullman on the other shoulder, and the audience who doesn’t know the books on the top of your head, and the channel commissioners on both of your knees, that’s kind of your job as a screenwriter,” Thorne said. “And I relish it, quite honestly.” 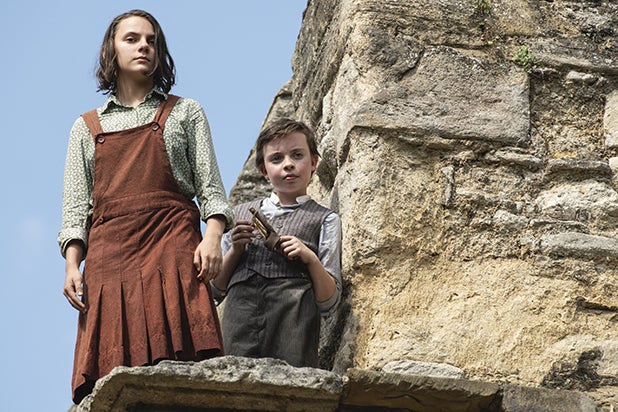