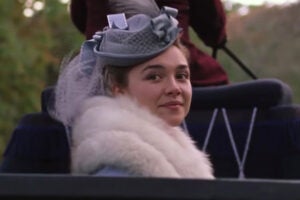 TCA 2020: ”We’re not creating McMansions or larger homes, we’re making the homes they have actually function for them,“ HGTV’s Loren Ruch says

The original “Extreme Makeover: Home Edition” was a heartwarming show full of beautiful home renovations intended to improve the lives of deserving families. However, the show was plagued by stories of those deserving families later being forced into foreclosure when they couldn’t afford home insurance or property taxes on their newly super-sized houses.

The producers of HGTV’s upcoming revival, hosted by “Modern Family” star Jesse Tyler Ferguson, said they’re aware of the issues with the original series and have taken steps to try to avoid similar results on their version.

“There’s a couple different things that we took into consideration this time,” HGTV executive Loren Ruch said at the Television Critics Association press tour on Thursday. “First of all, we made sure to equip families with homes that would be energy efficient, that would last for the long haul, that were actually set up for success.”

Also Read: HGTV's 'Love It or List It' Just Hit a Series High in Ratings - With Its 201st Episode

Ruch said the show also reduced its emphasis on scale, aiming for the same breathtaking transformations that defined the original “Extreme Makeover: Home Edition,” but on a more realistic scale.

“Many of these homes were renovations of their existing properties,” Ruch said. “So we’re not creating McMansions or larger homes. We’re making the homes they have actually function for them. They’re the same footprints but these beautiful transformations … done in a more scaled way.”

The emphasis, Ruch said, was setting the families up for long-term success.

“In many cases, we offered other financial options to help them out,” he said. “Scholarships to help the children go to school, or compensating in other ways to make their lives a little bit easier once we left so that they really were able to succeed in the long haul.”