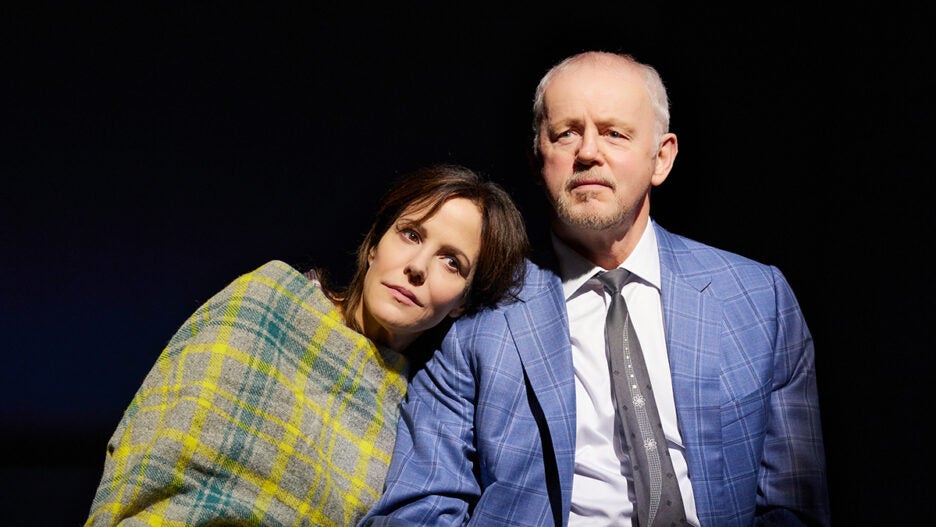 It is a very happy silver anniversary for a number of talented artists in the theater. Twenty-five years ago, Paula Vogel’s “How I Learned to Drive” opened Off Broadway starring Mary-Louise Parker, David Morse and Johanna Day under the direction of Mark Brokaw. They’re all back, looking better than ever – and that includes the play itself – only now they’re on Broadway, where “How I Learned to Drive” opened Tuesday at MTC’s Samuel J. Friedman Theatre.

Among the three original actors, now joined by newcomers Alyssa May Gold and Chris Myers, Parker has the hardest lift by far. Throughout much of Vogel’s play, she plays a teenager who is sexually abused by an uncle, played by Morse. More than one actor this theater season has struggled playing extreme youth on stage. Parker is not one of them, and since “Drive” is a memory play, it adds poignancy to the character’s horrors that her story is being filtered through the eyes of a middle-aged woman who still sees the scenes of the crime in the rearview mirror.

Vogel has said that she was inspired to write “Drive” after reading “Lolita” and finding herself drawn to Humbert Humbert and the nuance with which Vladimir Nabokov had written the pedophile character. In interviews, she went on to say that it is impossible to write with such nuance for the stage. 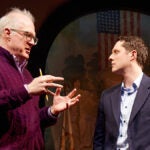 Well, any nuance that Vogel missed is provided by Morse’s subtle, masterful performance. The uncle’s overwhelming kindness toward his niece is his seduction technique. He always makes sure to tell the girl that it is her choice as he carefully lays out the obstacles so that she is left with only one choice.

Day plays what Vogel calls the Female Greek Chorus, but which is really a couple of characters plus a narrator who delivers an hysterically funny dissertation in three parts on how to drink lots of booze and still be a lady. Beyond delivering wonderful performances in plays as varied as “Proof,” “Sweat” and “Drive,” Day possesses the core quality of a real star: You want to go on her journey as soon as she appears on stage.

Also impressive is Gold in her role as the Teenage Greek Chorus, which requires her to play a grandmother and an 11-year-old girl. In the latter role, standing completely still in a spotlight, Gold delivers the most heartbreaking moment to be experienced on Broadway this season.

Brokaw directs. Again. Commandingly. This time, he stages the drama on a set by Rachel Hauck that is comprised of several stationary screens lit in M&M’s colors by designer Mark McCullough. At first, it may seem an odd, upbeat choice. But having just written that brand-name kids’ candy, I finally get it. 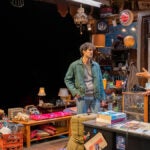 Also Read:
‘American Buffalo’ Broadway Review: Sam Rockwell and Laurence Fishburne Explore Mamet’s Dark Side
BIO By Robert Hofler
Robert Hofler, TheWrap's lead theater critic, has worked as an editor at Life, Us Weekly and Variety. His books include "The Man Who Invented Rock Hudson," "Party Animals," and "Sexplosion: From Andy Warhol to A Clockwork Orange, How a Generation of Pop Rebels Broke All the Taboos." His latest book, "Money, Murder, and Dominick Dunne," is now in paperback.