The Television Academy continued its love affair with Matt Weiner this year, nominating his show “Mad Men” for a best dramatic series Emmy, after giving it the same award in its freshman season last year. He also won a 2008 Emmy for writing the show’s pilot and is nominated again this year in four of the five dramatic writing slots. Before creating “Mad Men,” whose third season premieres Aug. 16 on AMC, Weiner helped write and produce “The Sopranos” — but he worked for years in comedy before making the switch. He talks with Eric Estrin about how he did it. (Hint: Don’t look for the word “agent.”) 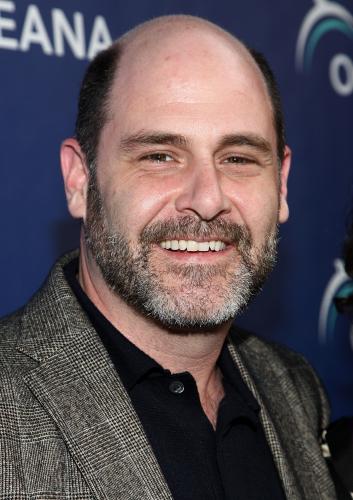 My real break was going to USC graduate school. I made a documentary there, I got a lot of attention, I got married, and when I finished at school my wife supported me as the attention from my documentary disappeared. So I wrote. I stayed home and I wrote.

I wrote a feature that I thought could be done for $100,000, and then I met some guy who was gonna make it. He was like a friend of my wife’s aunt, and his buddy wanted to do movies, and that dragged on for months, literally like six months of, “We’re gonna sign the papers on Monday.” And I gained a lot of weight and I stopped writing. And finally I was like, “You know what, forget this, I’m just gonna make my own movie.”

It was a story very thinly removed from real life, about a guy who had stopped writing. And it’s all about realizing you can live your entire life in the future if you want to, but the truth is, life is passing you right now and you’re gonna miss the entire thing. I shot the movie in 10 days and then I got a job, right after I finished it.

Part of my inspiration was that a friend of mine from Wesleyan University, Daisy Mayer, had made this movie “Party Girl.” And she had sold this movie, and I was very inspired by her. I was preparing for my film screening, and she came out to Los Angeles and they were making a TV show of her movie, and she called me on the phone and asked me for some kind of joke. They were trying to find a joke, and I gave her the joke, and she said, “Listen, do you want to come in and do punch-up?”

I didn’t even know such a job existed. And I went in, and I was really good at it.

So then my movie screened, and within five or six days I had a lot of agents interested in me, and things were happening. And then I got a call saying “Party Girl” had been picked up and did I want a job, and I said yes.

I signed with an agent who was also very excited about my movie. But what happened is the agents who had promised to help me with the movie just kind of threw it by the wayside because I had a job in TV. So the show went down, and the agents told me they couldn’t do anything for me.

So I started writing specs. I did something else, too, which became something that I did throughout my career: When pilot season came, I made myself available, and I said anybody who has a pilot I will come in and do a punch-up for free. Getting in the room with these people, if you can work under pressure, is a great way to audition.

I met a lot of people doing that, and I got a very good reputation.

So from doing all that I got a few different jobs working on sitcoms, but they kept getting canceled. And then I was hired on “Becker.” You’re not hearing the word “agent” in any of this, by the way. I don’t know if you noticed that.

I had been researching this advertising idea for two years. Every night I would pay someone — I would dictate to them, and they would do research. And I would stay after work and work on this advertising thing. And in between the big second and third seasons of “Becker,” when I realized that I had a hiatus, three months where I knew that I still had a job, I just pulled the trigger.

I hired a writer’s assistant because I was so exhausted, and also I felt it was like having a personal trainer. I realized that I would work because I was paying that person $11 an hour to be there. And I knocked the show out pretty quickly. And that was the script that later became “Mad Men.”

It had been brewing for, I’m not kidding, for three years, I’d been taking notes and been thinking about it and doing research. I just did it and I gave it to my agents, and they didn’t pay any attention to it.

And finally two years later, I left “Becker.” I was working on “Andy Richter,” and I just said to my agents, “Send this script to David Chase, send it to Alan Ball.” They were both at UTA, which is where I was. And they told me Alan Ball wasn’t gonna read it; he only looked at playwrights, which I’ve since talked to him about and he was amused by. And David Chase’s show, they told me, they’re feature people, they’re “Law and Order,” they’re procedural, they’re one-hour people.

I had since gotten a manager, who really did help me a lot. And my manager told them, “If you don’t get this to David Chase, Matt’s gonna leave the agency.” So they got it to him, and a week later I was in New York on “The Sopranos.”

The most important thing people have to know is that I wrote a lot for free; I never sold a pitch. And when I made that first movie, even though it never produced any financial reward for me, it changed me as a person and I no longer felt like a victim who was waiting for the phone to ring.

I felt like, well, I’ve done my half of it and believe it or not, I don’t know if my bitterness fell away — and later came back — but I was a different person, and that’s when things happened for me.