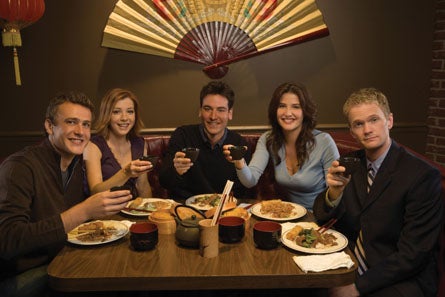 CBS on Monday gave an early thumbs-up to "How I Met Your Mother" and added two more comedy pilots to its development roster.

The move, while not unexpected, defies the Eye’s usual habit of not doing things until they absolutely have to — particularly when it comes to "HIMYM."

It also coincides with the "HIMYM" brain trust hitting the market with a new half-hour comedy project that was written on spec and being shopped to the networks. Perhaps CBS wants to make sure producer 20th Century Fox TV knows how much it loves the "HIMYM" guys?

CBS already had multiyear deals in place for future seasons of "The Big Bang Theory" and "Two and a Half Men."

Logline: A (twentysomething) newlywed couple, surrounded by their family and friends, is still learning about each other.

Logline: A widower father raises his 12-year-old son while jumping back into the dating pool.