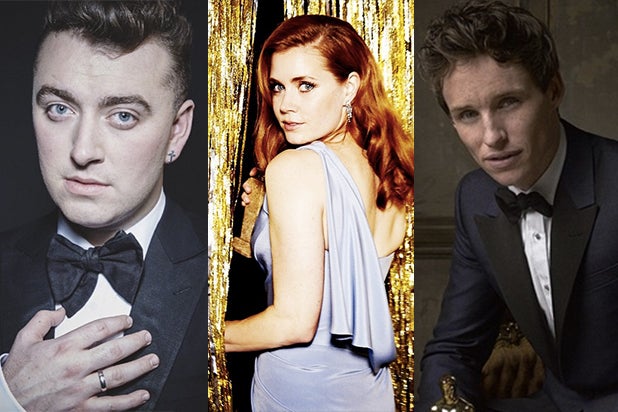 A new job description — official event Instagrammer — has become one of the hottest gigs and biggest social-media trends this awards season.

And a handful of high-profile shutterbugs, including Ellen von Unwerth and Mark Seliger, have upped the ante in an arena where photo-sharing apps once promised to put everyone on a level playing field. While anyone can crop and filter a mediocre image into something worth looking at, the Golden Globes, the Grammys and the Vanity Fair Oscar party all bagged big-name photographers who uploaded celebrity snapshots to social media.

Given the attention around awards shows, leveraging the talent of someone with a well-established portfolio makes sense, says Richard Janes, CEO of GoGoGab, a firm that pairs TV stars and sponsors for live-chat sessions with fans.

“Creative images can gain an enormous amount of engagement and impressions on both Instagram and via earned media,” Janes told TheWrap. “In many cases, they have a similar impact to and can even have a wider reach than the actual front cover of Vanity Fair or Vogue.

“The bigger question is why on earth wouldn’t you put as much effort into those images by using the same professional photographers.”

Of course, celebrity snapshots are nothing new. Madonna, Lady Gaga, Reese Witherspoon and Jennifer Lopez are just some of the stars who upload their personal pics to Instagram. But the awards shows are an opportunity to capture candid shots of stars who otherwise don’t share their awards-season journey on social media.

“These photos are a stunning new experience for all of us on Instagram and a celebration of the artists,” Charles Porch, Partnerships Lead at Instagram, told TheWrap. “We see each moment — whether created by the professionals or the fans — coming together to tell the story of the shows, and it inspires us all about the potential of our platform.”

Von Unwerth, a onetime model, is best known as a photographer of provocative shoots for high-fashion magazines such as Vogue, GQ and Vanity Fair. Her own Instagram page is a mix of famous friends, behind-the-scenes snapshots and travelogue.

For the Globes, von Unwerth posed nominees, winners and presenters vamping against a golden tinsel backdrop backstage. Everyone from Benedict Cumberbatch and Jennifer Aniston to Eddie Redmayne and Julianne Moore trooped through the makeshift studio to be captured and uploaded to the mobile app.

Danny Clinch, who shares prints, contact sheets and outtakes on his own Instagram account, has been the official backstage Grammy photographer for over a decade. Until now, his portraits remained unseen except by a select few. But the Grammys went public this year, turning Clinch’s portrait studio into an Instagram photobooth that blasted out triumphant shots of everyone from Sam Smith to Beyonce and Jay Z.

For the second year in a row, famed portrait photographer Mark Seliger returned as official Instagram photographer. Seliger, who shares portraits and personal photos on social media, captured stills of famous guests such as Neil Patrick Harris, Oprah Winfrey, Adam Levine and Alejandro González Iñarrítu to upload to the mobile app throughout the night.

All this was in addition to the Academy’s own efforts to capture a sense of the show’s immediacy by sharing rehearsal and winner photos from backstage. And the same weekend, celebrity photographer Oscar Cruz acted as the official Instagram photographer for Latin music’s Premio Lo Nuestro, uploading to Univision’s account.

The @markseliger studio is alive with the sound of @ladygaga #vfoscarparty

“What Vanity Fair did with Mark Seliger was fantastic, and we’ll be seeing a lot more of those types of collaborations — and not just for awards shows,” says Janes, who sees the impact of these high-profile social media partnerships on more traditional coverage.

“From an economics standpoint, it’ll be interesting to see how organizations such as Getty Images will deal with this, as they’ll have less and less control over the photography around events.”