This story originally appeared in the Actors/Directors/Writers issue of TheWrap’s Oscar magazine.
“People always say, ‘How do you justify adding entertainment value?,‘” said Jay Roach, shaking his head. It’s unusual to challenge a director because he’s made an entertaining movie, particularly when that director is known for the “Austin Powers” and “Meet the Parents” comedies, as well as HBO political films like “Game Change” – but when you’re making a film about one of the darkest and most shameful chapters in American (and Hollywood) history, that’s apparently an occupational hazard. Roach encountered it with “Trumbo,” his larger-than-life film about the writer, raconteur and provocateur Dalton Trumbo, who was blacklisted in the 1940s for refusing to testify before congress about his communist ties.
“We’re telling the story of this very dark, mutated, corrupted thing that happened with the blacklist, but it’s from the point of view of a guy who used his storytelling abilities to outwit it,” said Roach. “He was witty and he was a smart-ass. If he were still around, he’d be a funny Aaron Sorkin or something. So of course a movie about him has to be funny.”
With Bryan Cranston delivering a theatrical, deliciously oversize performance as Trumbo, Roach’s movie is pitched at a heightened theatrical level. It can be disconcerting at first, but people close to the real Trumbo, including his family, say it’s true to a man who lived his life at that level. “I remember a quote of his,” said Roach. “He said, ‘God put me in a position to make a fool of myself, it’s just that nobody expected me to take such glorious advantage of it.‘”
To do justice to the real Trumbo, Roach took the script by John McNamara and tried to honor its subject, and reflect Trumbo movies like “Roman Holiday,” “The Brave One” and “Spartacus.” (Trumbo won Oscars for the first two of those films under fake names while the blacklist was in effect, and essentially broke the blacklist by receiving screen credit on the last.) “I thought the film needed to reflect Trumbo’s world view, so we tried to be audacious,” Roach said. “The audacity of cutting our Kirk Douglas [actor Dean O’Gorman, who plays Douglas] into the real ‘Spartacus’ – I felt really sheepish about cutting into a Stanley Kubrick movie, especially since there was a slight eyeline problem in the Kubrick version that I fixed.”
He laughed. “It’s very audacious to say, ‘I fixed Kubrick’s eyeline,’ and I don’t know how I would ever have been able to do something like that if I hadn’t been channeling Trumbo’s ego, which was huge. That explains a lot of my choices on this movie.”  When Roach introduced the film at its Los Angeles premiere, he compared the House Un-American Activities Committee’s lengthy and expensive pursuit of communists with the recent Benghazi committee that went after Hillary Clinton. But he finds other ties to today’s political climate as well.
“I see it as very relevant to today’s world,” he said. “Every day there’s some new attempt to exploit people’s fears to get across terrible ideas: that all Muslims are terrorists, or that everybody coming from Mexico is a rapist or a criminal. Those are just fear-based declarations that are designed to exploit people’s anxieties and make political hay out of them. Our story happens to be about red-baiting, but terrorism is used for fear-mongering now. And it happens every day.” 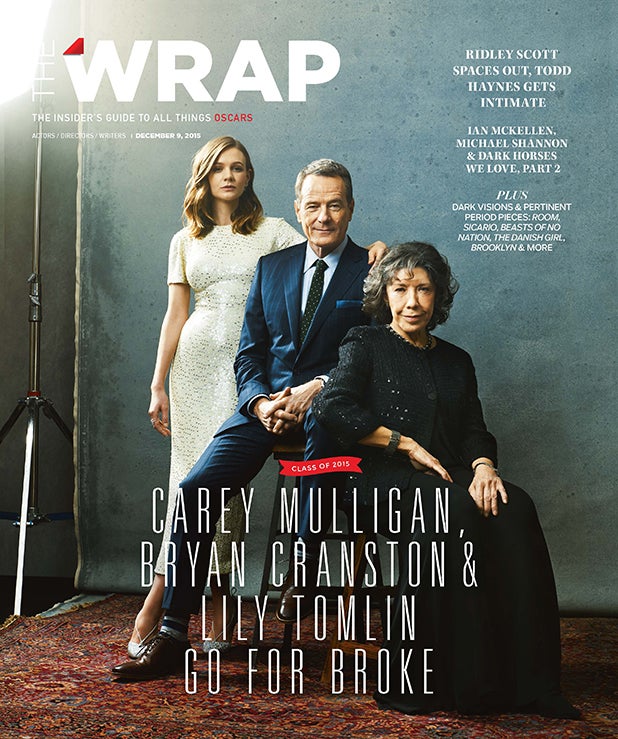