This story originally appeared in The Race Begins issue of TheWrap's Oscar magazine.

Robert Zemeckis' dazzling 3D IMAX drama "The Walk" looks as if it easily cost nine figures, but the film's visual effects supervisor swears it was nothing of the sort. "We made this film for $35 million in 43 days," said Kevin Baillie of the vertigo-inducing movie, which re-creates high-wire artist Philippe Petit's 1974 walk between the World Trade Center buildings (and hopes to rebottle the Oscar lightning that struck the 2008 Petit Man On Wire."

"How did they come so far so frugally without falling on their faces? "Cloud computing," said Baillie, whose company, Atomic Fiction, developed a tool that "used computing power like electricity--you're only billed when the light switch is on. It saved us 50 percent of what it would've cost using a traditional local data center."

But it all began with the superb athletic skills of star Joseph Gordon-Levitt, who plays Petit. "Joe is very adept, so he actually walked the wire for us," said VFX producer Camille Cellucci. Petit trained Gordon-Levitt for eight days, while the effects team, she added, "created this thing, the Canadian Bar. It's a piece of metal with a groove in it for the wire, four inches wide, so Joe's feet could curl around the wire -- but if he lost his balance, he could steady himself on it."  The green-painted Canadian Bar vanished with green screen, and they digitally re-curved the actor's feet for the moments where his feet flattened to steady himself.

For Petit's jaunty death-defying stunts on the wire, which take decades to master, stunt double Jade Kindar-Martin stepped in. "A lot of stunts Joe could actually do, but nobody can be on the wire eight hours a day," Cullucci said. "That balance pole weighs 36 pounds."

In dozens of the film's long shots, Gordon-Levitt's face is entirely digital. "We started out doing a 3D scan of Joe's face using a company called Pixel Gun," Baillie said. "Over 100 cameras surround an actor in a sphere, a camera bubble, all firing simultaneously. Using minute perspective differences, they work out the shape of his face in 3D, with the texture of his skin perfectly aligned in about 40 different poses with different expressions and emotions. The digital version not only moved like Joe's face, but also represented how the blood flows in and out of the cheeks or forehead from pose to pose.

Also Read: 'The Walk' Will Have You 'Clutching the Armrests' and 9 Other Gripping Reviews

"What we have with all that data is a lifeless puppet, essentially," Baillie continued. "So the last day of production we said, 'OK, Joe, here are the 50 setups where we might need to put a digital version of your face onto Jade.' He put on a Helmet Cam with a little miniboom in front of his face, we played back those 50 setups, and Joe walked on a piece of tape on the soundstage and performed the scene. Using Facewear software, we transposed Joe's actual performance onto the model. So at the end of the day, what you're seeing is a digital version of Joe's face with Joe's performance on it -- on the stunt performer's body.

To see a more visual presentation of this story, complete with behind-the-scenes images on the making of "The Walk," click on the image below of TheWrap Magazine: 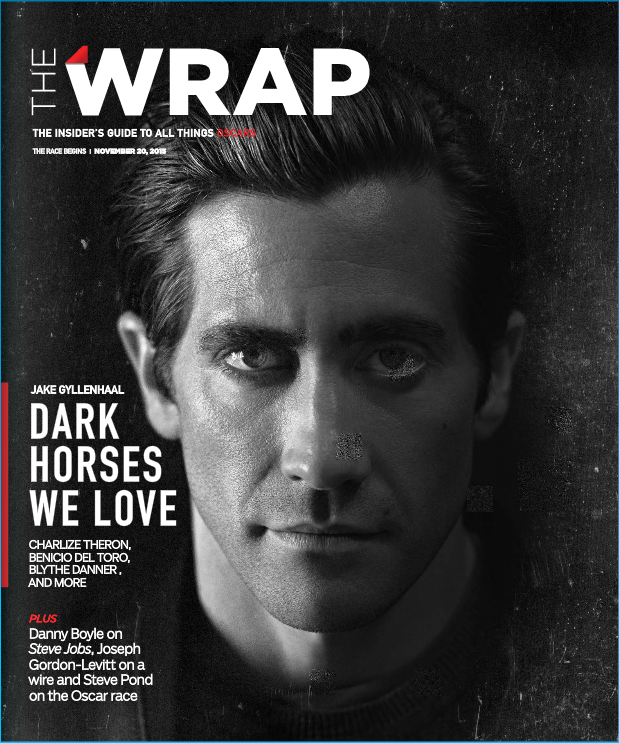 TheWrap's guide to the season's screenings, from "The Hunger Games" finale to all the Oscar-friendly fare