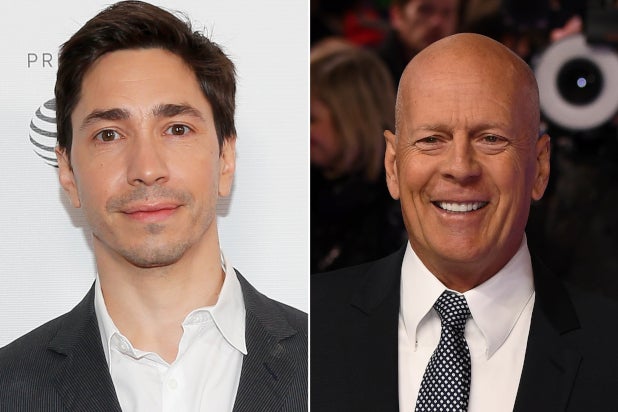 It’s pretty hard to get John McClane to panic. But Justin Long, who co-starred with Bruce Willis on “Live Free or Die Hard,” was able to make Willis completely freak out.

Long appeared on PeopleTV’s “Couch Surfing” and recounted a time during filming of the 2007 movie when he got one over on his more hard-edged co-star. Before filming one of the car chase scenes, Long said that Willis told him that he is “going to want to have some Dramamine because it’s going to be bumpy ride.”

Long added that, despite filmmakers normally fake how fast a car is going — they are actors after all — this particular stunt would swing the two of them around pretty fast. So Long figured he would throw Willis’ words, literally, back in his face, with the help of a helping of oatmeal he snuck in his mouth when Willis wasn’t looking.

“We finished the take and the camera guys kept rolling because they knew I was going to do a bit,” Long said. “Bruce goes ‘How you feeling kid, huh? I told you you should’ve taken that–‘” and that’s when Long said that he mimicked getting carsick and “threw up” the oatmeal.

“I’ve never see John McClane panic, because he doesn’t panic in the movies, but he f–ing panicked,” said Long.

Then there was the kicker — they had to stay in the car. “He was really freaking out,” said Long.