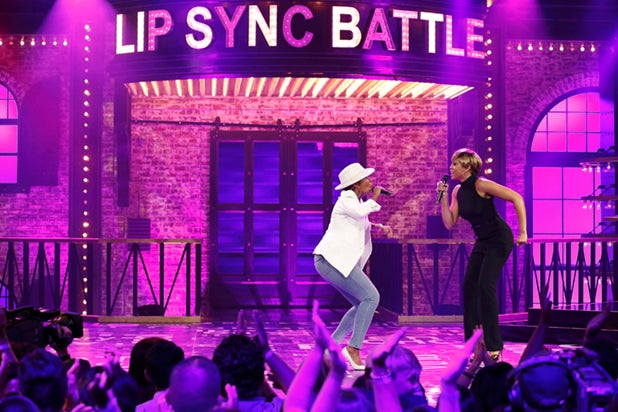 Given its extremely simple format — two celebrities lip sync to their favorite songs, with one declared the winner at the end of the half-hour episode — it can be difficult to see why the show, over the course of its 18-episode first season, went on to become Spike’s all-time most popular and highest-rated original program.

But according to the show’s executive producer Casey Patterson, the simple format is actually the source of its appeal. “It’s very pure,” Patterson told TheWrap, explaining that the emphasis has always been on the performances. “There are a lot of true competition shows out there that have a lot of stakes, rounds, prizing, recaps. And this show, it kind of cuts straight to the chase.”

“I think what you’re really looking at are things that are fun,” Bill Carroll, vice president and director of programming for Katz Media Group, told TheWrap. “The audience is looking for things that are in many ways, just pure entertainment.”

It’s impossible to consider the show’s success without also considering the celebrity component. The show, which began as a game Jimmy Fallon would play with his guests as the host of NBC’s “Late Night,” has always relied on star power as part of its appeal.

“I think it’s a shift in celebrity culture,” Patterson said. “What you’re seeing are people coming on and being loose, being themselves, being goofy, being candid, being funny. And I think people are appreciating a more honest, direct relationship with celebrity culture.”

But the strategy is not a new one. Carroll points to classic game shows, including “What’s My Line?” and “The Match Game,” as examples of shows who have leveraged the power of celebrity to attract an audience. And if it has worked in the past, there’s a good chance networks are going to try to make it work again.

For instance, ABC premiered “Celebrity Family Feud” back in June to a 2.4 rating in the key 18-49 demographic, with a total of 8.5 million viewers, making it the most-watched summer debut since CBS’s “Under the Dome” in 2013. Paired with the network’s reboot of “BattleBots,” it went on to be the highest rated new show of the entire summer.

Next summer, it’ll be paired with a different show: “To Tell the Truth,” featuring Anthony Anderson, Betty White and NeNe Leakes. “I would anticipate that if that’s successful, we’ll see a lot more of the same,” Carroll said.

For its part, “Lip Sync Battle” will be sticking to the winning formula. Though Patterson does promise a few “minor tweaks” to the show when it returns next year, if the show comes back bigger and better for Season 2, it’ll be because the contestants are starting to realize what’s possible.

“Our stakes are the same,” she said. “But the talent is showing up very, very competitive, with big ideas of their own.”