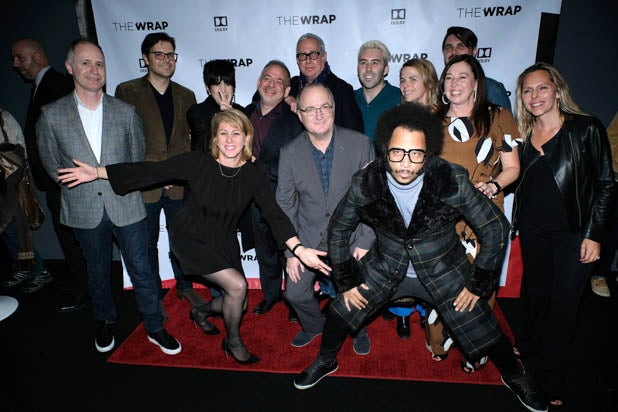 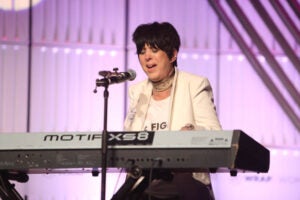 How Movie Songs by Kendrick Lamar, Kesha and Troye Sivan Hope to Last Beyond Their Films (Video)

Producer Sounwave is used to “throwing paint on the wall” when he works with Kendrick Lamar. However, both he and Lamar were presented with an immense challenge and opportunity when they were asked to write original songs for Ryan Coogler’s “Black Panther.”

Knowing that the movie could easily be the biggest film of the year (they were right), they had to find a way to make their songs fit the flow of individual moments, but also consider how their song might sound on the radio.

“When you have a movie like ‘Black Panther’ and you have a lot riding on it and you know how big the movie can be, and they give you scenes and you have to match the intensity of each scene, we’ve never done anything like this,” Sounwave told TheWrap’s Steve Pond. “He kind of left it up to me. He was like, ‘You’re the producer, so figure this out.’ Alright…I’ll just have to roll up my sleeves and figure it out.”

Thankfully, he did. “All the Stars,” his song with Lamar and SZA, which was the lead single adorning the credits to “Black Panther,” is one of the leading contenders for this year’s Best Original Song Oscars race. It also peaked at number seven after spending 21 weeks on the Billboard Hot 100 charts.

Sounwave was one of 10 songwriters who appeared on TheWrap’s panel discussion Monday night, “An Evening of Celebration: Best Songs Contenders Panel Presented By Dolby Laboratories.” His challenge was one shared by all of his peers as they collaborated with artists including Troye Sivan, Kesha and Jennifer Hudson in trying to find ways to make their songs live beyond the movies they were made for.

“First and foremost the song has to work for the movie. But I think the best songs work outside of it as well,” said songwriter Diane Warren, who is gunning for her 10th Oscar nomination for her song performed by Hudson for the documentary “RBG.” “‘I’ll Fight’ could be about anything. You could sing it to your kids or your friends. They can have whatever life you want them to have after the movie.”

It’s especially true of 2018’s crop of Best Original Song contenders, as tracks like “All the Stars,” Sivan’s “Revelation” from “Boy Erased” and Lady Gaga and Mark Ronson’s “Shallow” from “A Star is Born” all experienced a rare amount of commercial success.

For Drew Pearson, who collaborated with Kesha on the song “Here Comes the Change” for the film “On the Basis of Sex,” he thought about how the song could sound at home either in the period setting of the film or on contemporary Top 40 radio. And he also wanted the song to appeal broadly to radio listeners who might not even agree with the song or the movie’s message.

“A song is a nice little way to get into somebody’s head. You just have to sit and listen to a song. You can’t argue with a song,” Pearson said. “Try and get your message across without alienating someone enough that they turn the song off.”

Also Read: 'Sorry to Bother You': Boots Riley Talks About the 'White Voice' and Avoiding Cliche

Of course, not everyone has the luxury of being on the radio. But these songs still have to work both inside and outside of their intended context. Boots Riley, who wrote songs including the Oscar-contending “OYAHYTT” for his film “Sorry to Bother You,” knows his work has never gotten radio play, but wanted the music to sound like songs his characters would actually listen to and recognize.

“I’ve always made my art thinking about, and maybe it’s wrong, somebody listening to it in a hundred years and what they might get from it,” Riley said. “I needed to work for both things. I need it to be something where if somebody finds it on some transmission hundreds of years from now, they get something from it.”

The same logic applies to a smaller film, like the drama “What They Had.” Singer/songwriter Aoife O’Donovan wrote the lovely acoustic strummer “Are You There” for Elizabeth Chomko’s movie, and she found that songs for films can form something of a kinship between art and artist.

“It’s very cool in art when these things can cross-pollinate, and there are many people who can see a film and discover a new artist through watching that film,” O’Donovan said. “But on the flip side, if you release a song as an artist, people might discover the film through listening to the song on Spotify or on the radio or however the song may be released. So I think that’s a cool way of bringing those two worlds together.”

Brett Leland McLaughlin, who wrote the “Boy Erased” track “Revelation” with Troye Sivan and Jonsi, responded strongly to O’Donovan’s point. The film “Boy Erased” tells the story of a group of young men put through gay conversion therapy. And when he started reading comments from people from Russia on the song’s YouTube video, McLaughlin realized their song might have more reach than the film itself.

It’s not quite the same problem for Phil Johnston, the director of “Ralph Breaks the Internet,” or Marc Shaiman and Scott Wittman, who co-wrote songs for the musical “Mary Poppins Returns.” But they still had to consider factors beyond just how their song might sound in the film.

“It’s Mary Poppins! She hasn’t sung in 54 years. Better not f— it up,” Wittman said, acknowledging that several of the songwriters on the panel cited the original “Mary Poppins” as one of their early influences.

“Our love for the first movie, and wanting to honor it and say thank you, and that we had this one-in-a-million chance to say thank you, suddenly the fear turned into something so positive,” Shaiman added.

Johnston’s song, “A Place Called Slaughter Race,” is an ode to a violent online video game that satirizes classic Disney princess anthems typically written by Alan Menken. But in a stroke of luck, they actually got Menken to help write the song. So for Johnston, the song had to work on multiple levels as both a good song and something that could serve the story.

“The key is I don’t think of it as a parody at all,” Johnston said of the song. “It feels like a parody, but honestly, we needed that earnest thing, and Sarah’s [Silverman] character Vanellope is technically a princess, and this is the ultimate princess song, even though it takes place in ‘Grand Theft Auto.'”

But above all, the best movie songs remind you of the film you just saw. Keegan DeWitt’s song “Hearts Beat Loud” became the premise for Brett Haley’s indie music dramedy of the same name. The film stars Kiersey Clemons and Nick Offerman as amateur musicians attempting to form a daughter-father band. So the new music DeWitt wrote for the film needed to sound like it came from an experimenting teenager performing in her bedroom.

“I always loved as a teenager, you’d go home and put on the soundtrack or the score, and you’d be right back there with those people,” DeWitt said of his song “Everything Must Go.” “Maybe it’s not the radio world, but just making sure the song is a black hole that instantly sucks you back into these characters and people that made the film feel so magical.”

TheWrap’s 2018 “An Evening of Celebration: Best Songs Contenders Panel Presented By Dolby Laboratories” will be re-aired on SiriusXM’s VOLUME channel throughout the month. Watch a video clip from Monday night’s panel discussion above.