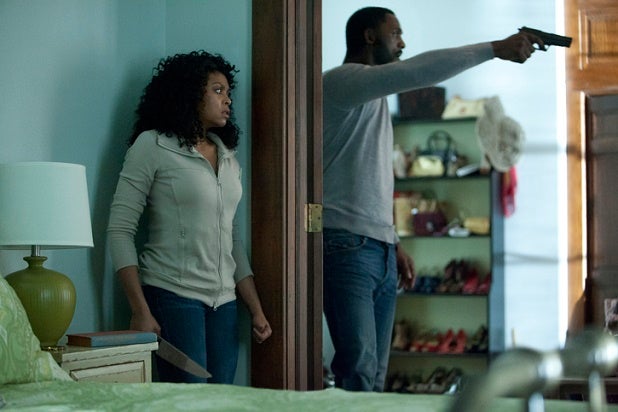 This weekend’s impressive $24.2 million opening of the low-budget thriller “No Good Deed” surprised most box-office analysts.

But putting on the hindsight goggles, there were several reasons the home invasion drama starring Idris Elba and Taraji P. Henson connected in a big way, and gave producer Will Packer his third No. 1 film of the year, on the heels of and “Ride Along.”

Timing: There hadn’t been a film aimed directly at African-American audiences since June, when  rolled out at No. 1. Sony’s Screen Gems marketers know the territory well, and their campaign connected: 70 percent of the audience was African-American.

Star Power: Elba and Henson are well-established, if not A-list stars, and this pairing was ideal, as evidenced by how audiences — primarily women over the age of 30 — embraced their pairing. And both had delivered in earlier Screen Gems projects, Elba with Beyonce in 2009’s “Obsessed,”and Henson in “Think Like a Man Too.” Now comes the question – which studio will step up and find a lead role in a major film for Elba, who has had supporting roles in “Thor: The Dark World,” “Pacific Rim” and “Prometheus”?

Packer Power: Producer Packer, who teamed with Lee Clay on “No Good Deed,” has clearly mastered the formula for connecting with his target audiences without breaking the bank. The production budget on “No Good Deed” was $13 million, which the film nearly doubled in its first three days.

Social Media: Capitalizing on the high online profiles of its two stars (Henson has 2.8 million Twitter followers and Elba has 1.2 million), the studio mounted unique interactive Twitter and Instagram campaigns based on the film’s woman-in-peril plot line. “No Good Deed” was strong on Facebook throughout its campaign, and surged on Twitter just before Friday’s debut.

Also read: Taraji P. Henson Says Her Oscar-Nominated ‘Fat Ass’ Can Get a Table, But Not Hollywood’s Respect

Screw reviews: The question isn’t so much why Sony canceled the critics screenings for the Sam Miller-directed “No Good Deed,” so much as why they were ever scheduled in the first place. The twist ending aside, there was nothing to gain from screenings. Since the film had plenty of momentum going into its opening and the critics weren’t likely to give it four stars, what would be the point? Critics had it at a crummy 14 percent positive on aggregation site Rotten Tomatoes, but audiences gave it a “B+” CinemaScore.