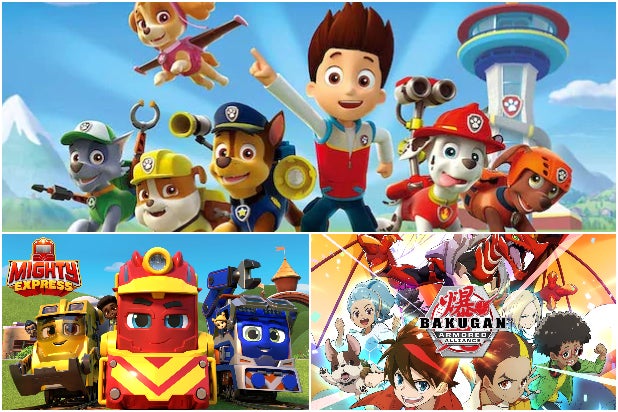 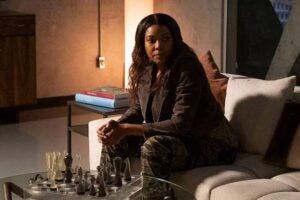 Both Univision and Telemundo Topped Fox in Monday’s TV Ratings

”It would be important to take control of our own destiny and produce and control those things ourselves,“ Spin Master’s Jennifer Dodge says of the studio’s first animated feature

The motto of the wildly popular kids TV series “PAW Patrol” is “No job is too big, no pup is too small.” And at Spin Master Entertainment — which produces “PAW Patrol” and is taking on “PAW Patrol: The Movie” as its first feature film project — the toy company’s entertainment division has embraced it as well.

If any property were too big, it would be “PAW Patrol,” which is now in its seventh season and is one of the top-rated preschool series today, airing in over 160 countries and in 30 languages. But rather than hand over control to a studio, Spin Master Entertainment’s EVP Jennifer Dodge is producing, making it the studio’s first movie based on Spin Master IP. Dodge also tells TheWrap that the studio also has four other film projects also currently in development based on the company’s IP.

Although it’s a toy company, Spin Master is thinking holistically, developing properties from the ground up with an eye to make them work across mediums: TV, films, video games, apps and especially lines of toys.

“Making a movie was a whole new challenge for us and one that we were really excited to dig into,” Dodge told TheWrap. “If we wanted to grow our IP and if we wanted to have entertainment franchises that also had toys, it would be important to take control of our own destiny and produce and control those things ourselves as opposed to having to rely on other partners to do that.”

Spin Master is not alone among toy companies that in recent years have launched entertainment divisions and are now looking internally to spin off their properties into nostalgia-driven, kid-centric films. Mattel has announced movies based on everything from “Thomas & Friends,” “Wishbone,” “Barney,” Hot Wheels, Viewmaster, and of course, Barbie. Hasbro has its “Transformers” franchise but is also working on adapting the board games “Clue” and “Monopoly,” as well as yet another “Power Rangers” reboot. And Scholastic is reviving “The Magic School Bus” as a live-action film and is developing a film based on its YA book series “Caster.”

Spin Master, though, doesn’t have a library (or toy chest) of 50-year-old brands that a writers’ room can reinvent. The toy company was founded in 1994 and launched its entertainment division in 2008, finding success with the anime series “Bakugan” and the new Netflix series “Mighty Express.” And since then, nearly all of their IP has been developed as a content studio that can conceive stories and characters with toys and mobile apps or games in mind.

“We have a deep understanding of play and children’s play patterns and how that influences not only what they watch but whether they want to take that character to the grocery store with them or how they play in their room,” Dodge said. “It is an area that we’ve honed over the last 10-11 years, and I feel like it’s our secret sauce of what we do.”

Dodge says Spin Master’s approach to world-building generally starts with the entertainment division creating a story world or characters and then collaborating with the other divisions of the company. The toy department can inform design decisions, such as what the character should wear or what tools they can use. In some cases, a story that was at first conceived as a series may be better suited as a game, and the IP can grow from there.

“We have to be agnostic about the platform at the beginning stages of development. You really want to develop that idea out and then figure out what’s the best expression or platform for that idea,” Dodge said. “They just feed us with all of their good ideas, and we just take in what works in that world or what doesn’t, and it’s a great creative iterative process that I think everyone in all the creative departments enjoys being a part of.”

And thinking across platforms is crucial when catering to a young audience. Dodge says that the kids who watch “PAW Patrol” are all digital natives who expect from the beginning that they can watch it on their TV and immediately find more content online, on an app or at a retail toy store.

Also Read: What's a Storyworld? The Future of Content Development

“This generation of kids, entry-level, that’s an expectation,” Dodge said. “It does really lend itself to being able to tell different kinds of stories on multiple platforms.”

“Paw Patrol: The Movie,” which Paramount hopes to release theatrically on August 20, 2021, has continued animation production during the pandemic and is the first film of what Dodge hopes is an area of growth for Spin Master. Though the company wouldn’t provide any specifics, Dodge did say the remaining movies in development are all based on existing Spin Master IP, and the studio is continually developing new concepts for other series and short-form stories.

But Spin Master is thinking big, with Dodge saying the company has worked on retaining rights to its other IP so it can not only produce its series and toys but also distribute globally, all of which serves to give their audience the best experience.

“We think that if a kid really loves a character or a group of characters, then they want to experience those characters in all parts of their lives, and if we’ve really done our job right, that’s the character they want to take to Grandma’s house or sleep with or take to the grocery store,” Dodge said. “We feel like if they want it in every place; it’s our job to provide it.”