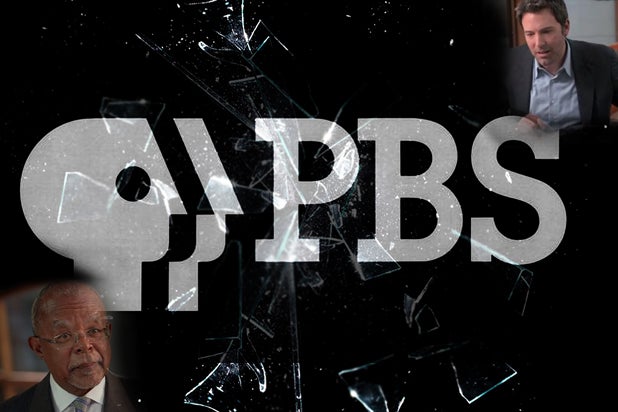 The publicly-funded PBS network is suffering harsh criticism over the revelation that it censored Ben Affleck‘s past in a show about ancestral roots.

“It’s outrageous that PBS censored such vital information from its program and a reminder that public broadcasting, no less than its commercial counterparts, is too often deferential to those with money and power,”  Mark Feldstein, a professor at the University of Maryland’s Merrill College of Journalism told TheWrap on Monday.

“If we’re taking this series seriously as revealing all these different narratives about people’s backgrounds, and choosing to go to one story as opposed to another… I think that’s got some problems,” Robert Thompson, director of media studies at Syracuse University told TheWrap.

Affleck’s spokesman Shawn Sachs did not respond to TheWrap’s request for comment. PBS declined to comment further than its remarks last week.

Sony emails published last week by WikiLeaks revealed that Affleck asked the producers of PBS ancestry series “Finding Your Roots” to remove part of his family history that showed his ancestors owned slaves.

The show’s host and Harvard scholar Henry Louis Gates emailed his longtime friend Sony Entertainment Chairman for advice on whether to honor the star’s request.

“Here’s my dilemma,” Gates wrote in the email dated July 22, 2014. “Confidentially, for the first time, one of our guests has asked us to edit out something about one of his ancestors — the fact that he owned slaves. Now, four or five of our guests this season descend from slave owners, including Ken Burns. We’ve never had anyone ever try to censor or edit what we found. He’s a megastar. What do we do?”

Lynton advised Gates to honor Affleck’s request if he can do so with no one finding out. “I would take it out if no one knows, but if it gets out that you are editing the material based on this kind of sensitivity then it gets tricky. Again, all things being equal I would definitely take it out.”

The public network is implicated in Gates’ emails to Lynton. In one, he worries that the censorship “would be a violation of PBS rules, actually, even for Batman.” In another exchange the professor says that excising that aspect of his past “would embarrass him and compromise our integrity.”

Since the emails came to light, Gates has said the editorial decision was based on inserting the best ancestry story, not honoring Affleck’s request. But Feldstein isn’t buying that version of events.

“The claim of Henry Louis Gates that slave-owning by ancestors of was less interesting than his heroic ancestors doesn’t pass the laugh test,” Feldstein said. “We can be thankful to WikiLeaks for exposing the kind of television self-censorship that usually gets swept under the rug.”

PBS supported Gates’ remark that the final edit was an independent editorial decision. “It is clear from the exchange how seriously Professor Gates takes editorial integrity,” the network said in a statement.

But even PBS Ombudsman Michael Getler criticized the handling of the segment. “Assuming the emails are accurate, this censorship should have been stopped cold and mistakes should have been admitted publicly,” Getler said in a statement posted on the PBS website.

The revelation that Affleck wanted to paint a rosier picture of his family tree isn’t surprising — he’s long been rumored to be plotting a political future. While the deceptive move may not have a long-lasting impact on Affleck’s reputation, more than one media analyst said it’s a blemish for PBS.

Scenarios like Gates ceding to Affleck are representative of the quid pro quo journalists face for access to people with power, whether they’re entertainers or politicians, said one.

“Because of that, you have to avoid angering them,” Jason Mittell, professor of film and media culture at Middlebury College, said. But it’s not the way a public broadcaster, even one that is always scrambling for funding, should operate, he added. “They’re supposed to be more independent and less accountable to private interests.”

He added: “The journalistic and entertainment system that we have is so removed from any ideals of a clear separation between content and advertising, or a news company that’s owned by a larger conglomerate that has all these other issues at play.”