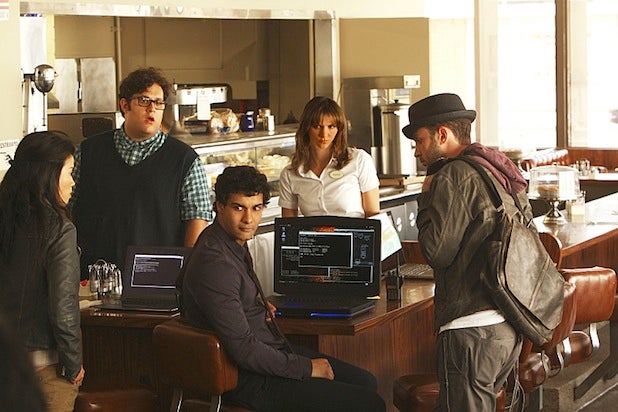 You don’t have to be a super-genius to know that CBS’s’ new drama “Scorpion” is a big hit in the early going. And it’s doing even better than the most-watched network that houses it ever anticipated as it’s the highest-rated drama series on the network.

How good are the numbers? Well, in the advertiser-sought 18-49 demographic, “Scorpion” is the network’s top drama. That statement is consistent per both Live + 7 numbers — with a 4.5 in the key demo — and Nielsen’s most-current numbers, where “Scorpion” weighs in with a 3.7.

CBS correctly foresaw in the freshman drama an opportunity to improve and grow its Monday night, which needed the help.

“Our Monday kind of got away from us last year,” Kahl admitted. “We had a real rough patch at 10 o’clock, with ‘Hostages.’ Our comedies slipped — it’s a very tough night.”

So far, so good: This fall, CBS’s Monday night has improved the most out of any night across the so-called “Big 4” networks.

To get the Scooter Braun-executive produced show off the ground, the network gave it a “Big Bang Theory” lead-in for the first few weeks of the season, while other new property “Thursday Night Football” singlehandedly conquered the week later on.

That kindred nature with TV’s top comedy provided a much-needed initial boost, especially in the key 18-49 demographic, which is a little younger than many of CBS’s’ biggest shows skew.

Kahl’s network is also quite pleased with “Scorpion’s” delayed viewing numbers. Through the available three weeks of Live + 7 Day viewing, “Scorpion” has jumped 55 percent in 18-49, from a 2.9 to that aforementioned gaudy 4.5. It’s also gained 4.8 million viewers — up 37 percent — to nearly 18 million.

While CBS, cousins of youngest-skewing network The CW, swears it’s happy with its demographic position in the industry, Kahl copped: “You’re never going to turn down an 18-49 hit, you’ll gladly take them.”

Throwing away all demos, “Scorpion” is also the network’s most-streamed new show this season to date — which generally means younger eyeballs are catching the program across multiple platforms.

“This is just one of those quintessential big tent shows for us: Big viewer number, terrific demo numbers, male/female appeal — it’s a balanced show that gets a big audience and it touches all the bases,” Kahl summed up. “It’s just an unqualified success.”