TheWrap magazine: ”I wanted to see this luxurious world through his gaze,“ director Kaouther Ben Hania says of the desperate refugee who becomes a contemporary-art commodity

A version of this story about “The Man Who Sold His Skin” first appeared in the Down to the Wire issue of TheWrap’s awards magazine.

The seeds for “The Man Who Sold His Skin” came in 2012, when director Kaouther Ben Hania saw a Louvre exhibit by Belgian artist Wim Delvoye, whose work included a tattooed man sitting in the gallery. “It stayed with me,” she said. “And if you have this kind of image in your mind, you can chase it and question it: ‘Who is this man, why is he sitting there, why did he do it?’ And when you ask yourself these kinds of questions, a fiction appears.”

But “The Man Who Sold His Skin,” a stylish and provocative drama that was one of the surprises of this year’s Oscar race for Best International Feature Film, took years to develop between the moment of inspiration and the finished film. “I saw this exhibition in 2012, and in between I did three movies and two shorts,” she said. “But I always had this thing in my head as the months and the years went by. And then you arrive at the moment when the image is becoming a story full of character, voices, scenes, Then I had to get rid of it, so I started typing it.”

She knew she didn’t want to stick too closely to the story of the real Delvoye artwork, which was titled “Tim” after the name of the tattooed man. “Obviously, this guy is the starting point, but I wanted to take that image and make it mine and put in all that interests and obsesses me,” she said. “I wasn’t interested in making a documentary or doing something close to reality.”

She did contact Delvoye, who has a wry cameo in the film as an insurance appraiser judging the value of the man as a work of art. (He loves the movie.) But in a key change, Ben Hania’s movie turns the tattooed man into a Syrian refugee, which makes the film both a sly examination of the contemporary art world and a look at the value of human life in an era of displacement.

“I love contrast, so it was very interesting for me to bring in somebody in a survival mode, living in the harsh situation of being stateless without any system accepting him,” she said. “I wanted to see this luxurious world through his gaze.”

As a Tunisian filmmaker trying to make a movie about contemporary art and the refugee crisis, Ben Hania said she found it very hard to raise the film’s 2.4 million Euro budget, which she did by cobbling together money from small funds and different countries. The result is Tunisia’s first-ever nomination in the Oscars international category – a nomination, she suspects, that was made easier because of the unusual nature of this past year.

“Maybe it’s not a coincidence that we see this nomination in this a year of pandemic,” she said. “When Tunisia submitted it to the Oscars, we learned that we had to campaign. We were told that you have to spend a lot of money in advertising, and we were overwhelmed – I told them, no way. But I think in this specific year, there was a kind of democratization, because you don’t have the parties and the galas. The movies were more equal, in a way. And maybe those elements helped made this miracle happen.” 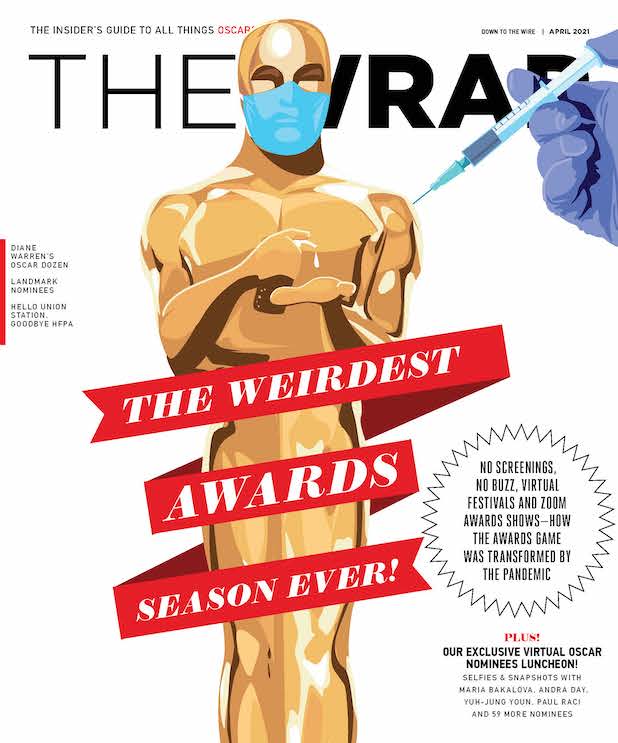