The second season of AMC’s horror anthology “The Terror” centers a story rarely told in the American mainstream — the mass incarceration of Japanese-Americans during World War II. But for many of those involved with the show, the story is a personal one.

“I’ve done a few other projects that have taken place in the internment camps,” said “Greek” alum Derek Mio, who stars in “The Terror: Infamy” as Chester Nakayama, a young man whose family is uprooted and imprisoned along with 120,000 other people of Japanese ancestry. “But it was just kind of chilling to see the parallels between the character and my grandfather.”

The series uses Southern California’s Terminal Island — Mio’s grandfather’s actual hometown — and the once-thriving Japanese immigrant community there as its entry point. A particularly emotional scene in the first episode sees Chester’s father being forcibly taken by the FBI for questioning, a moment eerily reminiscent of Mio’s own family history.

“That actually happened to my great-grandfather. My grandpa was crying and pleading with them to take him instead,” Mio said.

His grandfather was relocated to Manzanar as a young man, but Mio hadn’t heard the story until he began researching for the part by revisiting archival interviews and talking to surviving relatives from the period, including his grandfather’s sister.

“I’d only known my grandpa as a certain way,” he said. “He was the rock of our family, this big strong patriarch. To hear that story, it adds a whole other dimension and a different way of looking at him. So shooting that scene was a very, very moving experience for me. I was just trying to honor his memory as best I could.” 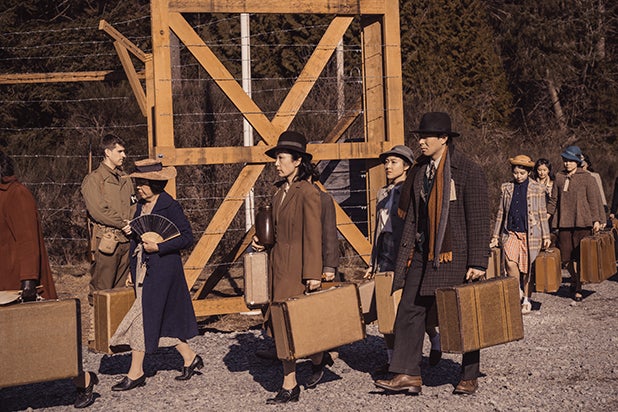 That was a common theme the cast and crew found among survivors of the internment, co-creator and showrunner Alexander Woo said. Many survivors came to embody the word “Gaman” — a spirit of stoic perseverance derived from Buddhist tradition — or the Japanese phrase “Shikata ga nai” — “it can’t be helped.”

“They didn’t want to pass on that pain,” Woo said. “So in many cases, it’s been up to the children to tell that story and raise awareness to make sure this doesn’t go forgotten.”

Mio’s co-star George Takei, who also serves as a consultant on the season, has been one of the main advocates championing awareness of Japanese internment in popular culture for much of his decades-long career. The actor was 5 years old when he was relocated with his family to a camp in Rohwer, Arkansas and, later, Tule Lake in California. His experience served as an invaluable resource for the show, allowing them to pin down the reality of conditions in the camp, right down to the chipped plates they were forced to eat off of.

“When I saw the replica of the internment camp there built in Vancouver, I immediately recognized it,” Takei said at the Television Critics Association press tour earlier this month. “It was there and I remembered it so well. The mess hall, the look and feel of it, the cacophony, the noise, and the crowding at the feeding trough. The look of everything was so authentic. It really took me back to my childhood.” 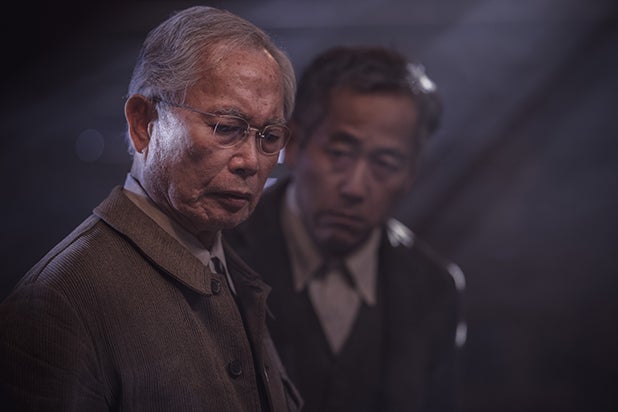 But the show isn’t all historically accurate terror. Like the first season, which added a horror-monster twist to the story of 19th-Century British explorers who were lost attempting to traverse the icy Northwest Passage, “The Terror: Infamy” similarly blends a genre element to the already horrific historical reality.

Drawing on traditional Japanese ghost stories, collectively referred to as Kaidan, and the J-horror film genre that’s birthed films like “The Ring” and “The Grudge,” “Infamy” heightens the stakes of its story by incorporating a “bakemono” — a shapeshifting monster common in Japanese folklore. Played by “Heroes Reborn” star Kiki Sukezane, the spirit appears to hold some kind of grudge against Chester and his family and is responsible for quite a bit of bloodshed by the time the season is up.

Finding the balance between the show’s two elements was of primary importance for Woo and the writers, who made a conscious attempt not to use scares for the sake of scares.

“We were very careful to use that exclusively to built an empathy for the emotional experience of the characters,” he said. “The idea is to use the horror to make the viewer feel something other than a safe remove … you want to feel like you’re in it. You’re in these people’s skin; you’re scared when they’re scared. That’s what we’re using the genre for.” 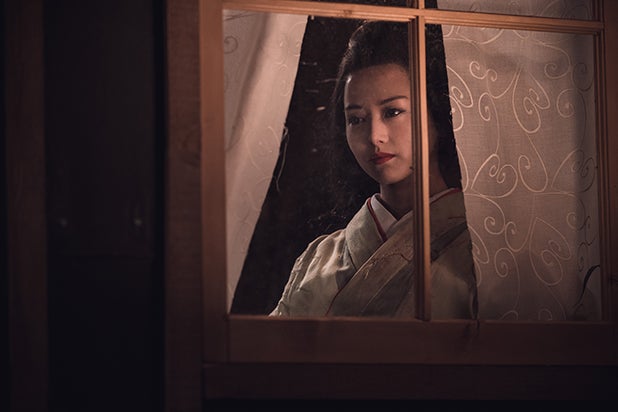 Respect and cultural sensitivity were always front of mind for Woo, who himself is not of Japanese descent. Nor is his co-creator Max Borenstein, who took inspiration for the project from a talk given by Takei some years ago.

“It’s a story for anyone whose family has been touched or shaped by the immigrant experience,” he continued, “Which, quite frankly, in America is just about everyone.”

Also Read: How 'Breaking Bad' Made Mike Schur Realize He Wanted a Smaller Episode Order for 'The Good Place'

Woo’s background is in theater, where his work as a playwright focused “exclusively about notions of Americanness, and what it means to be American from an Asian American perspective.”

“I’ve never had the opportunity to do that in television,” he said. “So that’s where I plugged into it, as an immigrant story.” 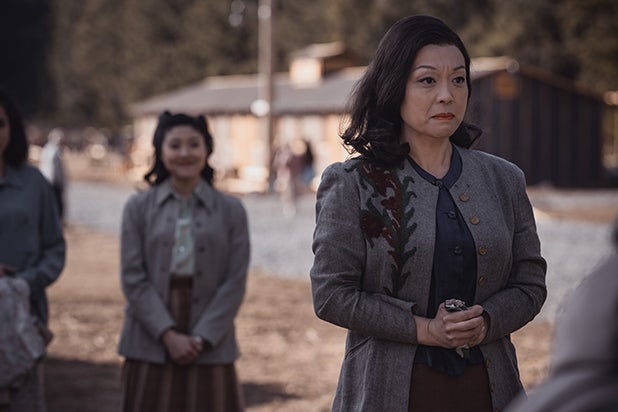 The idea was echoed by Takei at the TCA panel earlier this month, where he drew an explicit parallel between Japanese internment and the current immigration crisis at the U.S.-Mexico border. “What we have is this endless cycle, a repetition of this kind of horror and injustice being inflicted on minority people,” the actor said, dubbing the current situation “a new grotesque low.”

“The story of internment would be relevant in almost any context because it speaks to an immigrant experience,” Woo said. “That was relevant 30 years ago and it probably will be relevant 100 years from now.”

Also Read: 'The Terror' Season 2 Gets Premiere Date From AMC and Some Long-Awaited First-Look Photos

But “Infamy” won’t be all death and tragedy. After many conversations with historians and survivors of internment, Woo and the other writers had a different takeaway.

“The story of internment is not just the story of people being put upon one minute after another,” he said. “It’s also the story of their resilience and resourcefulness … that to me is the story, the real heroism and strength of these people.” 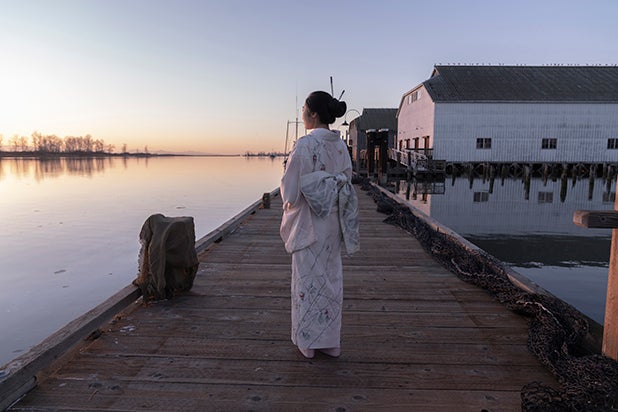