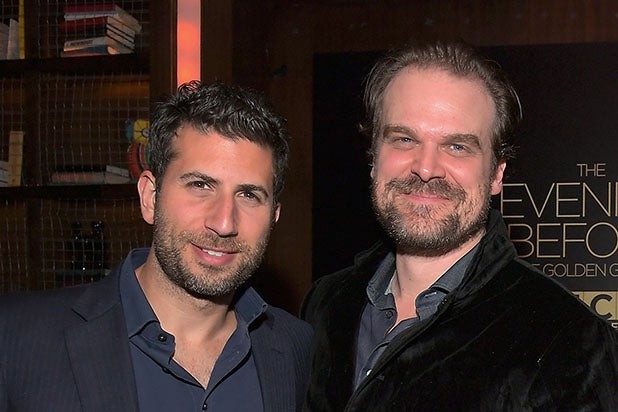 In 2018, when IP is king of the box office and it seems like reliably bankable movie stars are few and far between, it’s Adam Schweitzer’s job to make sure actors don’t lose out.

“Most of the aspects of this business are really exciting right now,” said Schweitzer, a longtime veteran of ICM Partners and currently co-head of the agency’s talent department. “But I get a little concerned on the movie side. It’s the thing that I hear most from people or friends who don’t work in this business — How come there’s no good movies?”

Adult dramas aimed at a mature audience with original, complete stories. Movies that aren’t based on a beloved comic book series, or the nth installment in an endless franchise, or a remake of an old classic.

“The studios are making franchises based on existing IP, geared toward a younger audience,” he said. “There aren’t many really great films out there for a mature audience who wants to see a dramatic story or just a great story in general. And I think that’s very, very frustrating for a lot of actors and frustrating for me too, just as a fan of film.”

Even as actors and their reps have found ways to adapt to the new state of the business — Schweitzer’s client Rebecca Ferguson recently starred in “Mission: Impossible – Fallout,” the sixth installment in the action franchise which raked in nearly $800 million at the worldwide box office and was almost universally acclaimed — they’ve had to look elsewhere for the kinds of roles the big studios aren’t offering like they used to.

And while the movie business increasingly contracts around family-friendly fare and tentpole blockbusters, the TV industry is in the midst of a content explosion, which, for all the handwringing from executives and critics, has been a huge boon for talent.

From the recent proliferation of close-ended limited series on cable, to the seemingly endless fountains of cash from the streaming giants and the ever-reliable pilot cycle of the broadcast networks, there’s no shortage of opportunity for actors. And paydays are “off the charts,” Schweitzer says.

Whether its Julia Roberts leading her first television series with Amazon’s “Homecoming” or Meryl Streep joining the second season of HBO’s “Big Little Lies,” or a major star cashing in on a lucrative 30-second Super Bowl commercial, as the money and creative freedom flow, so follows the talent. In what is perhaps the natural culmination of the last 10 to 15 years, the barriers between the big screen and the small may finally be down for good.

“People are much more willing to take a chance now in all different areas of the business, even like producing something in the unscripted space,” said Schweitzer. “You see Alec Baldwin hosting a game show now [ABC’s “Match Game” reboot]. I mean, when would that ever happen before? … You just have to adjust what you’re doing, but overall, there’s more opportunity.”

Even the big franchises that have taken over the box office have begun to see the upsides of the TV business. Schweitzer reps Sebastian Stan, who is in talks to reprise his role as Bucky Barnes from the Marvel Cinema Universe in one of several series in the works at Disney’s streaming service, Disney+.

But television can also be incredibly creatively liberating for an actor, with writers and directors migrating from the world of film to a space where they can craft meaty roles for some big name stars that take their time and reveal themselves across eight or 10 or, even, 22 episodes.

Those films audiences have been clamoring for, the ones that used to exist in the spaces between the blockbuster tentpoles and family-friendly fare, but have since gone scarce, “those stories are being told as limited series on a cable network or a streaming service,” Schweitzer said. “That’s what’s replacing going to a movie theater.”

He continued, “It’s almost a different way to be able to do a movie, which is I think essentially what a lot of these actors came up wanting to do or were doing or still want to be doing. It’s just the studios don’t make the movies that they want to make, and the independent film business is difficult. So here’s a platform now where you can tell your story … and be paid appropriately.”