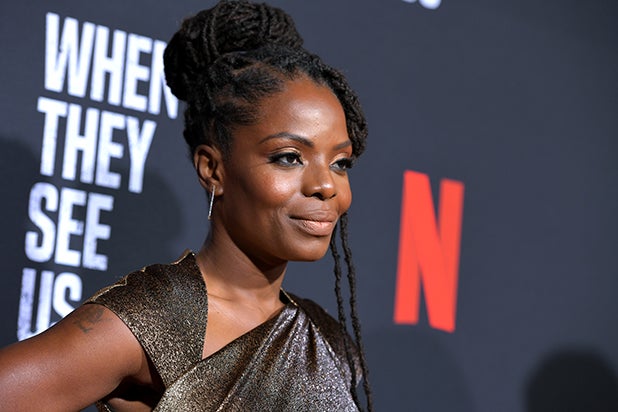 “When They See Us” star Marsha Stephanie Blake has joined the cast of “How to Get Away With Murder’s” final season, ABC announced on Thursday.

The actress will appear as a guest star in the legal drama’s upcoming sixth and final season, which is set to premiere on Thursday, Sept. 26.

Led by Emmy winner Viola Davis, the final 15-episode season follows Professor Annalise Keating’s class as they complete their final semester in law school, “while the deception, fear and guilt binding Professor Keating to her students prove deadlier than ever.”

Also Read: 'How to Get Away With Murder' to End With Season 6

For Blake, the role is her follow-up to her Emmy-nominated turn in the Ava DuVernay Netflix miniseries examining the case of the Central Park Five, “When They See Us.” She is next set to appear in the Steven Soderberg film “The Laundromat.” In 2020, she will also be seen in Stella’s Maghie’s “The Photograph” opposite LaKeith Stanfield and Issa Rae.

Blake is represented by Glenn Salners at Artists & Representatives.