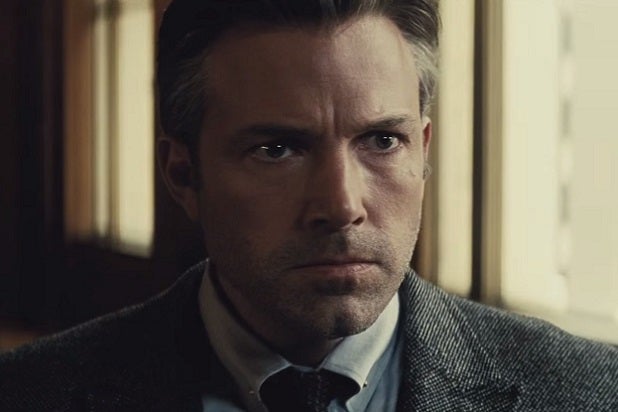 Late last week, fans of “Batman v Superman” went off on critics for taking shots at the film in their reviews of “Captain America: Civil War,” claiming the reviewers had an agenda — perhaps even a coordinated one — to take down “BvS.”

It’s a bizarre accusation to make, and yet they made it with a straight face. A bona fide flame war between diehard fans of DC and Marvel superheroes had spilled out into the mainstream.

A flame war, in case you don’t know about these things, is when an argument gets heated to the point at which everybody just starts making personal insults instead of actually arguing. This happens all the time — online, at family gatherings, among elected officials, etc. We’re all familiar with the concept.

On Sunday I had a conversation with the woman who was in large part responsible for this most recent flare-up, a YouTube-based video critic named Grace Randolph. I wanted to know what was going on her head. I think, after a 90-minute conversation, I got there.

Grace’s hangup is, at the bottom layer, simply that she thinks “Batman v Superman” is a great movie and deserves a better shake than it’s getting. That’s the whole thing. It’s not complicated.

How she got from there to, intentionally or not, siccing a horde of DC fanboys on Daily Beast film reporter Jen Yamato and other critics is a bit more involved. But once you know the starting point, you can connect the dots.

We’ve seen flame wars like this pop up countless times over the years. The progression in each case tends to be pretty similar and this one is no exception. I’m going to distill it to four steps that go like this:

Step 1. “I like something that you think is bad.”

At the heart of every impassioned flame war is a simple disagreement. And on the Internet, you’d have a really tough time running out of those.

Human nature dictates that when somebody disagrees with us on something we usually want to argue about it. We care about being right. And we want you to admit that we’re right because it really, really bothers us that there’s a disagreement.

Every movie is somebody’s favorite movie, and “Batman v Superman” is no exception. Even though it may sport a paltry 28 percent approval rating among film critics on Rotten Tomatoes, it’s got its defenders. That critical consensus is so stacked against the movie only makes those who like it more steadfast in their stance. Because in addition to our inclination toward arguing, we also have a persecution complex.

Also Read: Superman Only Had 43 Lines in 'Batman v Superman'

But it doesn’t stop at just defending the film. It never does.

Step 2. “You just don’t get it, because you didn’t think hard enough about it.”

This was the standard defense of the 2003 sequels to “The Matrix” whenever critics complained about them. “You would agree with me that these are great movies if only you took the time to understand all the philosophical commentary the Wachowskis were making with them.” Yes, those movies were dense with philosophy — enough that they had actual philosophers do commentary on their blu-ray releases. That doesn’t mean they were good.

But that was just the rationalization folks came up with when they didn’t have success arguing the normal way. We all do this to some extent — I know I do. It comes in many forms, like when a middle-class white dad from a Midwestern suburb condescendingly tells his kids they’ll be conservative when they get older and have to pay taxes. This sort of stance comes with the assumption that you’re absolutely right, and the only way somebody might not see that is because they don’t have all the data.

“Batman v Superman” defenders have used this tactic a lot. They claim the haters don’t appreciate the subtext enough, or the forward-thinking world-building the movie is doing in setting up its shared universe with the upcoming DC films. The thinking is that people who don’t like it are homing in too much on weaker aspects of the film and would reconsider their stance on it as a whole if they spent more time looking at what does work.

But when that reconsideration doesn’t materialize, we start getting frustrated. And that frustration brings us to…

At some point, the vibe changes as the frustration mounts. The people on the other side of the argument are no longer innocent in their disagreement — they’re disagreeing simply to harass you. They’re just being stubborn, and they aren’t trying to engage in a real discussion on the merits of whatever it is you’re arguing about. It’s not that they can’t see it. It’s just that they don’t want to.

“Batman v Superman” fans felt this sort of frustration as dog-piling on the movie continued well after its release. It had a big opening weekend, box office-wise, then dropped precipitously in the following weeks. The negativity toward the movie isn’t standard criticism anymore, it’s personal, they think. Chris Terrio has a damn Oscar, for Christ’s sake, and they could only be dismissing his work out of hand because they’re being dicks.

It’s not actually personal, and many Oscar-winning screenwriters have written many bad movies. But frustration is a powerful emotion that tends to cloud our perspective. And if you stay frustrated long enough, we get to…

This is the Internet war in full bloom. In my years as a video game journalist I saw this almost on a daily basis. It was natural in that space, because everything is viewed as a rival to everything else. This is most easily observed in the so-called “console wars,” which have instilled a weird sort of brand loyalty in gamers based on whether they had a Sega or Nintendo or, in the present day, an Xbox or PlayStation.

But it extends to everything, because video games are positioned as competing tech products — like phones or word processing software or the like, which you don’t really need more than one of — and so the success of one game is often seen as a threat to the existence of another. So advocating for one thing is seen, consequently, as advocating against something else in a calculated way.

For “Batman v Superman” fans, the final straw came with the reviews for “Captain America: Civil War,” many of which called out “Batman v Superman.” Never mind that the two films have a similar premise (big name superheroes fight each other) or that the two have release dates six weeks apart. It was just too much for them. Not only were folks trashing the movie they liked, but they were comparing it very unfavorably to a rival film.

So now it’s an agenda. Some people call it bias toward Marvel and/or against DC. Others claim Marvel paid off journalists. In either case, the assumption was that there was a lack of sincerity all around because the media narrative against “Batman v Superman” is so overwhelming. It couldn’t just be that they really don’t like it.

And that’s Internet flame wars in a nutshell. Whether it’s comic book movies or video games or sports or a presidential election, you’re gonna see a lot of it this year and the rest of your life. While that may not make it any less frustrating next time you get into an argument online, at least you’ll know how you got there.