Somehow, we’ve made it through another movie season — which means Oscar night is finally upon us. Sure, the ceremony is taking place a few months later than usual thanks to COVID, but we’re still having a ceremony and that’s definitely something that needs to be celebrated.

The Oscars will air on ABC on Sunday, April 25th, at 8 p.m. ET/5 p.m. PT. For those who don’t want to or can’t watch the broadcast live on television, there are multiple other options and ways to see the ceremony — but beware, most of them come with a price or at least a workaround.

ABC will be streaming the show live on the website here, but you’ll need to sign in with a participating TV provider (this can be a cable company or live streaming service.) And if you happen to subscribe to a live TV streaming service like AT&T, Hulu with Live TV, and YouTube TV — and if they carry ABC in your city, which most do — you can stream the show that way as well. 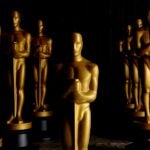 Also Read:
How to Watch the 2021 Oscars Red Carpet

For those who don’t want to pay and can’t watch on television, this is a decent workaround, because all of these services offer a seven-day free trial. Which means you can sign up the night of the ceremony, use the service to stream the show, and then cancel.

This year’s Oscar ceremony will obviously be different than years past, as the world is still struggling to return to normal after the ongoing pandemic. But unlike the Golden Globes, at least there will be an award show that feels normal and like a return to the before times.