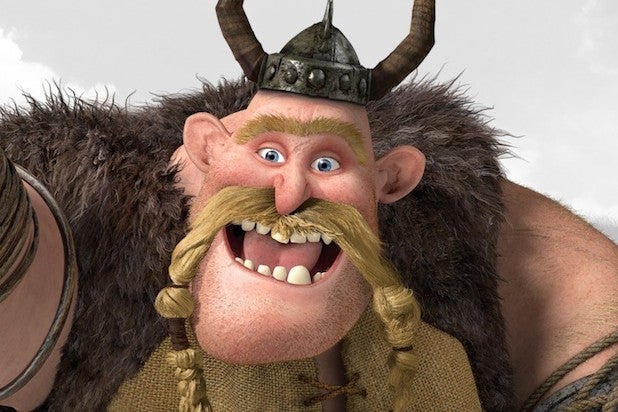 In the upcoming animated sequel to “How to Train Your Dragon,” the rugged viking character Gobber is coming out as gay.

Gobber, who is voiced by “Late Late Show” host Craig Ferguson, is seen watching a husband and wife squabble and says that’s why he never got married. After a beat, he adds there’s another reason.

Director Dean DeBlois told an E! reporter that he confirmed the character was indeed referring to his sexual orientation.

“When we were recording Craig Ferguson, I had written the line, ‘This is why I never got married,’ and he, as he often does, added it as an ad lib and he said, ‘Yup, Gobber is coming out of the closet,'” DeBlois said. “I think that’s a really fun [and] daring move to put in. I love the idea that Gobber is Berk’s resident gay.”

“How To Train Your Dragon 2” follows “ParaNorman” as one of the first mainstream animated films to feature an openly LGBT character.

Watch Ferguson describe his character in an earlier interview: