DC Fandome returns for a second annual virtual streaming event, during which fans can expect a lot of reveals from all things DC. Last year’s inaugural DC Fandome brought us our first look at the new Robert Pattinson reboot “The Batman,” and this year the event promises a new trailer for the highly anticipated film along with looks a other exciting DC movies, TV shows, video games and comics.

Below, we’ve rounded up everything you need to know about DC Fandome 2021 – when it starts, where you can watch it, what’s going to be revealed and who’s going to be involved. 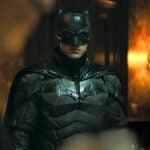 Where Is DC Fandome Streaming?

DC Fandome is an entirely virtual event – there is no in-person aspect. So you can watch the entirety of DC Fandome from home at DCFandome.com or via the livestream on YouTube, Facebook, Twitter or Twitch.

What’s in the DC Fandome Lineup?

In addition to other potential surprises, we have confirmation that DC Fandome will debut a new trailer for “The Batman,” a first look at Dwayne Johnson’s DC movie “Black Adam,” a sneak peek at “The Flash,” new content from the animated “DC League of Super-Pets” movie and behind-the-scenes videos from the sets of “Aquaman and the Lost Kingdom” and “Shazam! Fury of the Gods.”

On the streaming side of things, we’ll get the first teaser trailers for James Gunn’s “The Suicide Squad” spinoff HBO Max series “Peacemaker” and the limited series “DMZ,” as well as more sneak peeks at other upcoming shows including “Harley Quinn” Season 3, “Aquaman: King of Atlantis,” “Batman: Caped Crusader” and “Young Justice: Phantoms.” There will also be surprises and sneak peeks from “Titans” and “Doom Patrol.”

In terms of TV, there will be new looks at new seasons of “Batwoman,” “Superman & Lois,” and “Sweet Tooth” as well as a preview of the new drama series “Naomi” and celebrations for “Supergirl” and “DC’s Legends of Tomorrow.” 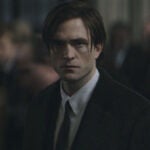 And if you’re a fan of DC animated movies, Fandome will offer a preview of the upcoming films “Injustice” and “Catwoman: Hunted.”

Who Will Appear During DC Fandome 2021?

Those confirmed to appear during DC Fandome include Robert Pattinson, Zoe Kravtiz, J.J. Abrams, Dwayne Johnson, Jason Momoa, Ezra Miller and Matt Reeves, but expect to see many, many more.