“Where the Crawdads Sing” has gathered quite a list of names associated with the film adaptation of Delia Owens’ bestselling novel, which was published in 2018. Reese Witherspoon spotlighted the book as one of the earliest picks in her book club, and then her production company Hello Sunshine signed on to adapt the book for the big screen through Lucy Alibar’s screenplay.

Directed by Olivia Newman, the story weaves together several complex themes, including coming of age, survival and a murder mystery. Taylor Swift even wrote a song for the film after reading Owens’ novel because she was so inspired by the story: “Carolina,” which released June 23, echoes Owens’ naturalistic writing with a haunting melody.

Fans of the book, Reese Witherspoon, Taylor Swift and/or actress Daisy Edgar Jones may be wondering how to watch the upcoming film adaptation. We have all the details below. 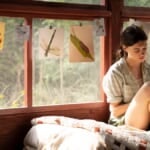 Also Read:
Everything We Know About the ‘Where the Crawdads Sing’ Movie So Far

When Did “Where the Crawdads Sing” Come Out?

The 3000 Pictures and Hello Sunshine production creeped into theaters on July 15.

Is “Where the Crawdads Sing” Streaming or on VOD?

While it’s not streaming yet, the film will be on Digital on Sept. 6 and available on Blu-ray and DVD on Sept. 13 with the following bonus features:

Due to Sony Pictures’ deal with Netflix, the film is expected to be streaming on Netflix at some point in the next few months.

Who Is in the Film’s Cast?

What Is “Where the Crawdads Sing” About?

Kya (Daisy Edgar-Jones) was forced to grow up at a young age after every single member of her family left her alone one by one in their shack in Barkley Cove’s marsh. It started with Ma, who walked down the lane one day never to return, followed by all of her siblings, and then her abusive and alcoholic Pa, who was a World War II veteran. At the age of seven, she began to survive on her own, attending school for just one day before figuring she could learn more from her natural surroundings.

Kya befriends Tate Walker (Taylor John Smith), who used to fish with her brother Jodie, portrayed by Will Bundon as a child, and the two strike up a friendship that soon turns into more after Tate teaches Kya how to read. Tate goes to college, and while he is gone, Chase Andrews (Harris Dickinson) starts to pursue Kya. Chase Andrews’ body is found in the swamp at the beginning of the story, which braids together the investigation of his death with Kya’s coming of age.

After living a life of isolation and facing prejudice from those who live in the nearby town, Kya becomes the number one suspect for Chase’s murder. Tom Milton (David Strathairn) comes out of retirement to represent Kya in court. You’ll have to watch to see what happens. 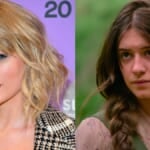