In 1983, “Valley Girl” captured the class divide between the residents of the San Fernando Valley and Hollywood. The musical remake — now available on-demand — follows the same plot and setting. But remake director Rachel Lee Goldenberg and production designer Theresa Guleserian had a challenge the original crew didn’t: creating an accurate and cohesive ’80s look nearly 40 years removed from the decade.

“Finding the locations was half the battle,” Goldenberg told TheWrap. Shot entirely in Southern California, some of the locales didn’t need too much work: beach scenes were shot at Newport’s Balboa Pier, and a dreamy sequence between Valley good girl Julie (Jessica Rothe) and Hollywood bad boy Randy (Josh Whitehouse) took place at the classic Griffith Park merry-go-round.

But what about that ’80s institution: the shopping mall? Sure, malls still exist, but with the proliferation of online shopping, brick and mortar malls are no longer the social and commercial hubs they once were. Location manager Kristi Frankenheimer found a shopping mall in Woodland Hills slated for demolition for the film’s big opening scene and musical number. It was then up to Guleserian and set decorator Shauna Aronson to turn back the clock to a time when stores like Esprit and The Limited (both name-dropped in “Valley Girl”) were go-to’s.

Setting the color palette was the first step.

“No matter what project I do, I use the color palette to tell the story and to keep the narrative clear for the audience,” Gulesarian explained. “With something like this, where you have two extremely distinct environments and two very different characters and that’s the crux of everything — how much they’re different and how much they love each other — it was really fun to do a color palette for each of them and keep the whole crew committed to them.” 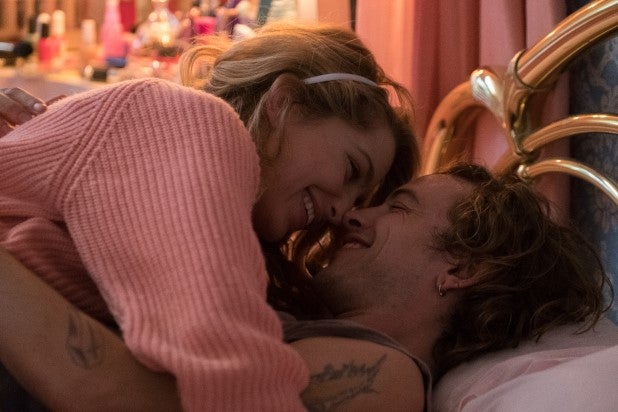 “Randy’s world was all blacks, greys, rust and red. And then for Julie’s world, we had lilacs, dusty rose pink, a lot of pinks and a little bit of turquoise.”

Since wardrobe really established the time and setting, the production team spent a lot of time researching clothing. “We did a deep dive into family photo albums you can find online, like Flickr pages from random strangers from Missouri that are labeled 1984. And you look through entire family’s years of the era,” Guleserian explained. “You start pulling all that stuff and see those trends. Everyone’s family had the kid who’s wearing the turquoise tank and you’re like, ‘OK great, we know that’s right.’ That’s how we built it up.”

As for the stores themselves, Guleserian reached out to retailers, who provided images of their logos and sometimes even store interiors. Aronson then painstakingly re-created them, down to the plastic hangers and teeny-bopper posters. Many of the clothes on the mannequins were created because she wanted to get them right and multiples were needed for the racks. 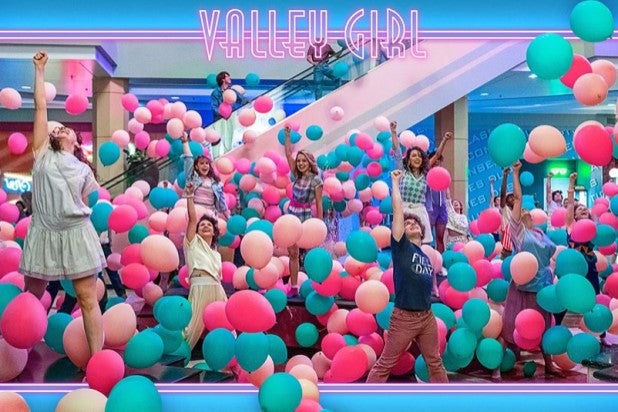 While the store interiors were important during close-ups, the exterior storefronts served as a backdrop for the big musical number, complete with background dancers on multiple levels and yes, an ’80s balloon drop.

“We had to be really specific with our angles,” director Goldenberg explained, as only five stores had been redecorated. “The idea was to make it as shootable as possible.”

“The dance was extremely choreographed — like inch by inch,” Guleserian recalled. “We built the fountain exactly to the specs so they could dance up the steps and not hurt themselves. Was the spray in the fountain going to affect their dancing? We needed to make it didn’t spray too much but still was effective on camera. Was the balloon drop centered on camera? Even the dance down the escalator; knowing how many steps it would take for [the extras] to get to their marks and map out what facades they’d dance in front of.”

It’s that attention to detail that added to the authenticity, not just for the mall scene but every musical number in the movie.