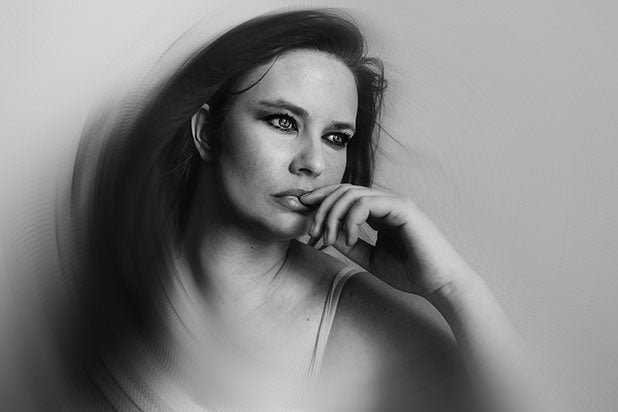 Last week, we discussed why virtual reality (VR) games cannot gain mass adoption without first eliminating the nausea that VR’s fast-paced action may cause in some players. For VR games to succeed on a massive scale, we need to address two key issues: rotational latency and positional disjunction.

One cause of VR nausea is rotational latency, sometimes referred to as judder and blur. This occurs when a person quickly turns his or her head, and the headset display cannot keep up with the speed of the head turn. The images the player sees do not reflect the movement the player experiences becuipment, isn’t fast enough to keep up.

As we discussed in the seasickness example of our last blog, that disagreement between what the eye and inner ear sense can cause nausea. In VR gaming, the inner ear senses smooth, rapid movement, but the eye registers slow movement and pixelated, ghostly images (judder and blur) due to the lag in the headset’s visual response time. 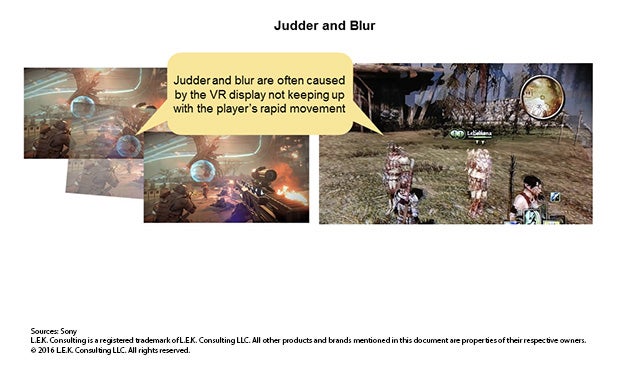 Some technological solutions are already addressing rotational latency, and we expect hardware companies to resolve this issue in time.

Head-mounted devices are already implementing faster frame rates (a greater number of video stills, or frames, per second) for a smoother video experience. Sony is looking to make 120 FPS the standard rate to improve on the current standard of 90 FPS. But the current hardware is not doing the job. For example, in Los Angeles two weeks ago, VR demos of “Resident Evil 7: Biohazard” at E3 barely managed to run at the minimum 60 FPS required for Sony PlayStation VR to work.

Some developers say that they have already solved this problem with new hardware and software. Some boast that increased response speeds from expensive OLED displays for each eye have eliminated judder and blur, along with some latency issues. Facebook’s Oculus Rift has just announced its new software technology solution for this problem, designed for Windows, which is called — and we kid you not — Asynchronous Timewarp (ATW). The company claims that ATW warps time to make images match gameplay.

While it will take some time, almost everyone feels that new hardware will fix the rotational latency problem. But there is another, tougher problem to surmount: positional disjunction.

Positional disjunction is another example of the “seasickness” problem. Remember that seasickness nausea happens, for example, when you are in a ship’s cabin and your eyes indicate that you are sitting still, but your inner ear tells you that you are bobbing up and down. 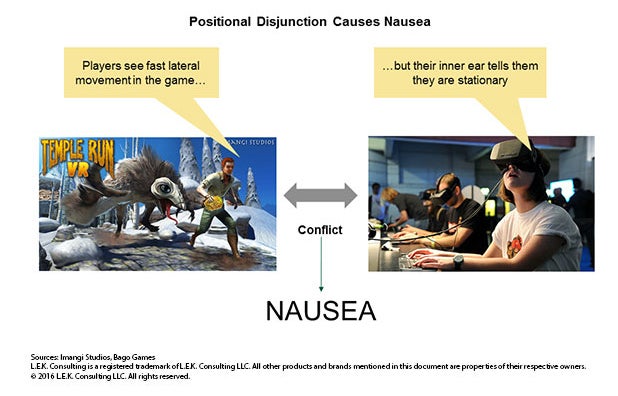 So what is the solution? One idea is to change the gaming paradigm by creating games that allow people to move as they play, like the holodeck on “Star Trek.”

In our next post, we will discuss a set of emerging companies that are trying to make this sci-fi technology a reality.

This is Part 4 in a series on virtual reality trends by Dan Schechter, Gil Moran and Francesco Di Ianni from L.E.K. Consulting’s Media & Entertainment consulting practice.