Once upon a time — or maybe twice — there was a gloriously colorful and strange film called “Yellow Submarine.” The 1968 cartoon helped usher The Beatles out of an odd, hectic period for the band and would serve as a gateway for subsequent generations of Beatles fans to come.

When “Yellow Submarine” was released in the summer of 1968, the Beatles were bigger than Jesus (or so John Lennon had famously said two years earlier, to plenty of criticism). But things had gotten a little rocky within the group. Their longtime manager, Brian Epstein, had died the previous summer; they endured their first flop, the British TV film “Magical Mystery Tour,” at the end of that year; they alienated some fans with a trip to India to meditate with the Maharishi Mahesh Yogi in early 1968; and Lennon was heavily into LSD and, in October, would be arrested on drug possession charges with his new girlfriend Yoko Ono, whose constant presence was not always embraced by the band or its fans.

“It was a period when the Beatles started to seem, for lack of a better word, weird, to the Monkees fans or the younger crowd or the people who weren’t ready to be hippies yet,” said Glenn Gass, a music professor who teaches a Beatles class at Indiana University. “‘Yellow Submarine’ won back the good vibes and made them seem lovable again. It made them seem okay for 7-year-olds again. It won back a lot of the good will that ‘Magical Mystery Tour’ had lost.” (After its failed U.K. release, the “Magical Mystery Tour” film did not air in the U.S. until 1974.)

Today, Gass thinks of “Yellow Submarine” as a “rite of passage” for kids of a certain age, a way for young fans to be introduced to the Beatles’ music through a goofy story about evil Blue Meanies trying to sap the magical world of Pepperland of its happiness, with only The Beatles’ music able to save the day. 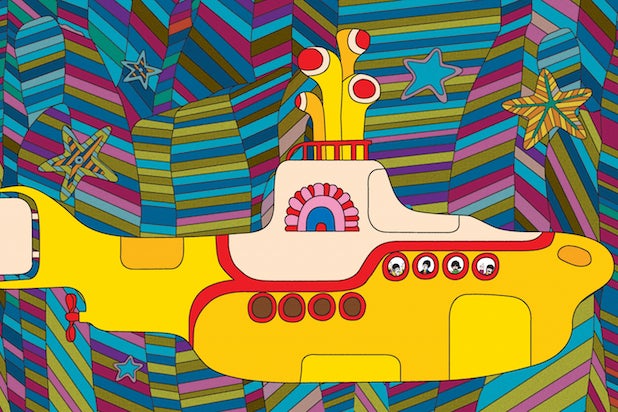 But when Epstein hatched the idea for an animated Beatles movie in 1966, the band was less than thrilled. A cheaply made Saturday morning cartoon had been playing in the U.S. under their name, and the Canadian animator George Dunning, who also worked on the ABC animated series, would direct “Yellow Submarine.”

But the film presented an opportunity for The Beatles to fulfill their three-picture deal with United Artists, which began with “A Hard Day’s Night” and “Help!” So the band approached the project with as little involvement as possible. They didn’t even provide their own voices to their characters, allowing actors to sub in with dopey Liverpool accents.

“They hated the idea of their music being turned into a cartoon,” Gass explained. “Although, when they saw it, the first rushes of it, they were happily surprised because there’s this pop art, psychedelia. It was beautifully done, beautiful animation, a big step above the TV show, and they thought this might not be so bad after all.”

But the band was on the hook to provide four new songs for the new album, Side 2 of which would consist of George Martin’s orchestral music from the film.

Those original tracks would be George Harrison’s “It’s All Too Much” and “Only a Northern Song,” two sprawling epics that ultimately had been “Sgt. Peppers” rejects, “All Together Now,” Paul McCartney’s simple, skiffle singalong that was quickly recorded in the downtime before “Sgt. Pepper’s” was released, and “Hey Bulldog,” John Lennon’s hard-rocking, piano-banging answer to McCartney’s “Lady Madonna.”

“They felt really badly about making people buy a whole album just to get four new songs,” Gass said. “They put the album out in the least noticeable way possible. The ‘White Album’ came out in [November] of 1968, and then after that they split out ‘Yellow Submarine’ [in January of ’69]. They just wanted it out there to fulfill their contract. They were embarrassed by it. Except for George, who has two great songs on it, no one was very fond of that album.”

Yet the film’s irreverent in-jokes, pun-filled wordplay and psychedelic musical interludes captured much of what The Beatles’ music stood for in the mid to late ’60s. And in its time, it was a colorful oddity. Gass explained that hippies would try to attend screenings on dope or on acid if they could, and younger fans welcomed both the lovable spirit of the film and the weirdness. 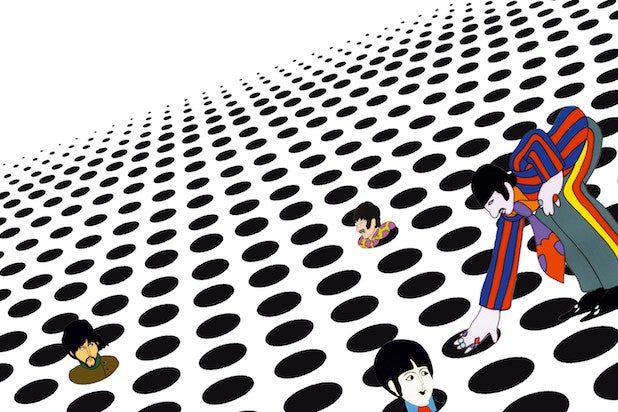 “What do you do with a movie that’s too square for the hips and too hip for the squares?” Gass said, quoting a review of “Yellow Submarine” from the period. “What nobody saw coming back then was that the Beatles would still matter 50 years later and that there would be whole generations of children who were brought up on ‘Yellow Submarine.'”

“Yellow Submarine” found a second life as a kids’ classic, getting a restoration on DVD in 1999. It will get a theatrical re-release starting on July 8 in select theaters. Gass said that Lennon even used “Yellow Submarine” as a way to introduce his own son to the fact that he was once a Beatle.

“Its life as a kids’ movie is what has kept it alive and made it so sentimental,” Gass said. In his class on The Beatles, he says he’s met students who adore The Beatles’ music, but still love the film on its own merits.

“It’s the movie they love. It reminds them of being whatever age they were when they saw it,” Gass said. “That’s what I think is so cool, that second life that no one saw coming. Nobody at the time was saying, we’re making a classic kids’ film for the ages, another ‘Wizard of Oz.’ But it’s what they ended up doing.”