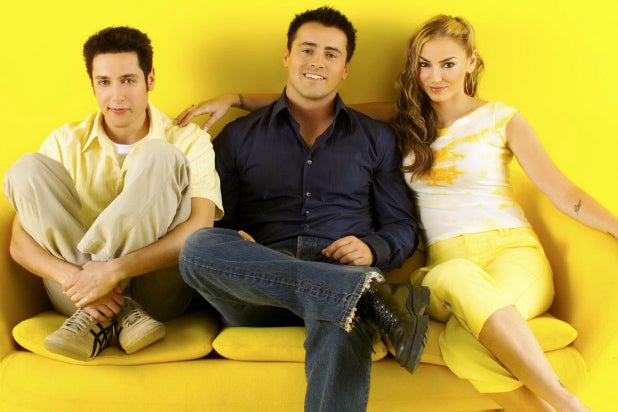 Does the breakout popularity of “The Big Bang Theory” spinoff “Young Sheldon” suggest that “Joey” should have been handled differently in order to keep the “Friends” magic alive?

David Crane and Jeffrey Klarik, who worked together on “Friends,” spoke to TheWrap about whether they feel there was a missed opportunity in the execution of the Matt LeBlanc-led “Joey,” which sputtered when it launched in September 2004 and got the axe by NBC after two critically-maligned seasons. The pair know a thing or two about LeBlanc, having co-created his Showtime comedy “Episodes” that signs off Sunday.

“It’s 20/20 hindsight,” said Crane, who co-created “Friends” with Marta Kaufman. “If ‘Joey’ had become a giant hit, then we wouldn’t get to do ‘Episodes.’ We have no regrets.”

Klarik pointed out that he and Crane did not actually have any involvement in “Joey,” which was created by “Friends” executive producers Scott Silveri and Shana Goldberg-Meehan.

“That was something we decided wasn’t the right direction for us to go in,” Klarik said. “The people who did do it did the best they could. It’s timing, it’s casting — you never know what the ingredients are that are going to make a successful show.”

Crane added, “And also, it was a really tall order to follow ‘Friends’ with a spinoff, so stuff just happened. If that show was on today, it would be the highest-rated show on television. Everything has changed so much. We had shows canceled years ago that today would be crazy ridiculous numbers.”

“Episodes” airs its series finale Sunday at 10/9c on Showtime.