British actor Hugh Grant succinctly shut down rumors with a single tweet that he was in talks to take over the role of Doctor Who. “Nothing against Dr W but I’m not [sic]. No idea where the story came from,” Grant said Monday on social media.

Grant’s response comes after a weekend report in U.K. tabloid Mirror, which quoted a “TV insider” as saying the famed romcom actor was in talks to take over the time-traveling role from Jodie Whittaker in a “Marvel-style makeover” reboot of the long-running sci-fi series.

Whittaker announced in 2021 that she was leaving the role and has already recorded her final episodes, with two more special episodes set to air this year. Writer Chris Chibnall will also be setting down the sonic screwdriver alongside Whittaker, with Russell T. Davies set to return to the series as showrunner in 2023. 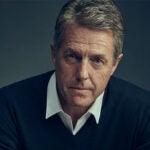 Grant previously played the role (kind of) during a 1999 Red Nose Day telethon sketch written by future “Who” showrunner Steven Moffat. Next up, he’ll star in the “Dungeons and Dragons” movie Chris Pine and Regé-Jean Page.

Grant is far from the first actor to be rumored to join the cast. Over the years, the U.K. press has run plenty of speculation about who would take over that time-traveling tardis. Before Whittaker was confirmed as the Doctor, the Mirror reported in April 2017 – based on info from a “show insider” – that it was actually going to be “Love Actually’s” Kris Marshall taking over. It wasn’t.

Russell Tovey was reported to be then-“Who” executive producer/returning EP Russell T Davies favored to take over for David Tennant, as reported by the U.K. media in Sept. 2008. It was actually Matt Smith who landed the role.