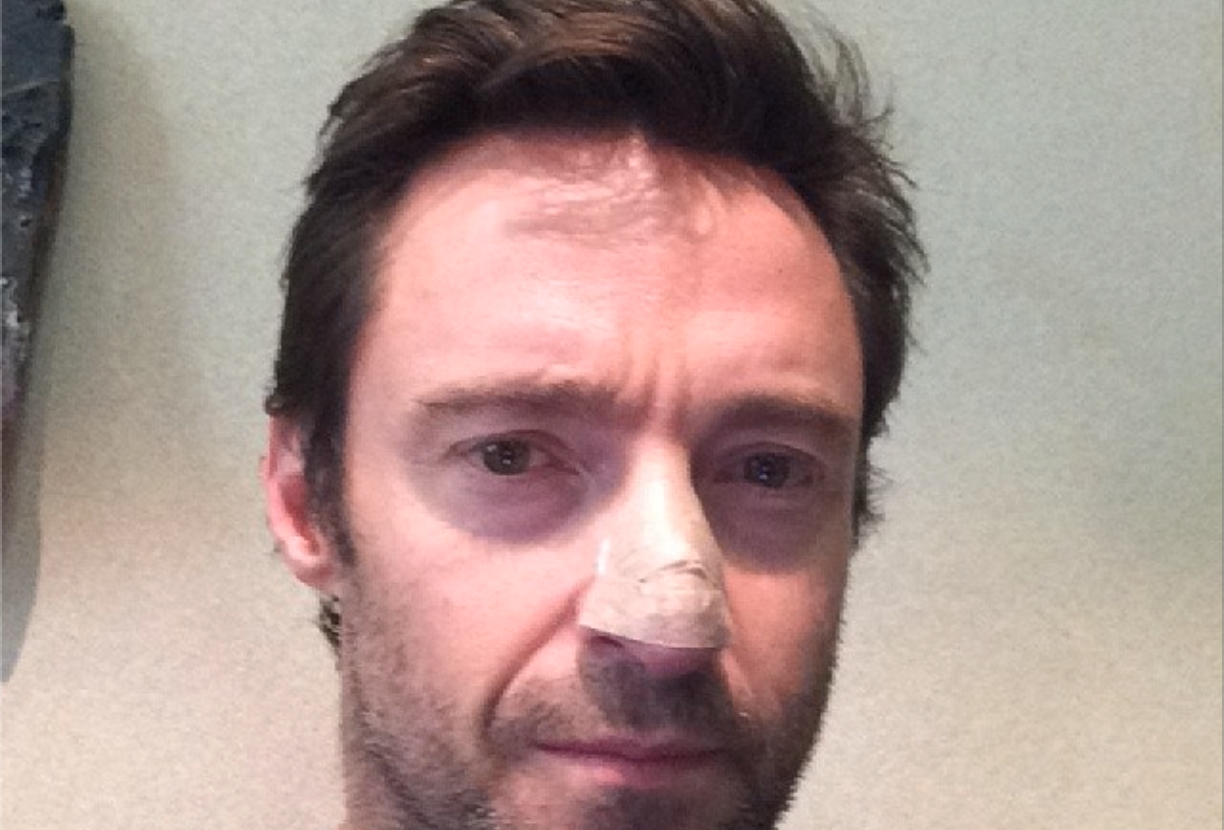 Hugh Jackman is being treated for skin cancer, “The Wolverine” star told fans this week on Twitter.

The 45-year old actor said his wife Deborra-Lee Furness saw a mark on his nose and urged him to see a doctor. Tests revealed the culprit was basal cell carcinoma, which is treatable. Approximately 2.8 million people are diagnosed each year in the United States, making it the most common form of cancer in the country.

“Please don’t be foolish like me. Get yourself checked. And USE sunscreen!!!” Jackman urged his fans, while sharing an Instagram photo of his bandaged nose.

A spokesman for Jackman did not immediately respond to requests for additional comment.

Jackman earned some of the best reviews of his career this year for his performance as the father of a kidnapped girl in “Prisoners.” He next appears in “X-Men: Days of Future Past” and in Neill Blomkamp’s futuristic thriller “Chappie.”