With the comic-book multiverse being the rage all these days, could Hugh Jackman possibly return as fan favorite Wolverine in the Marvel Cinematic Universe? Not if you ask Jackman, who shot down any possibility of a return to the role he last played in 2017’s “Logan.”

“That fact that I’m hearing about this from you, and there’s nothing in my inbox from Kevin Feige means it’s probably, no matter what idea I came up with, not on the table,” Jackman told YouTuber Jake Hamilton in an interview posted Monday about speculation of his possible return to the hirsute hero.

“Let’s just be clear there, but now, I realized, before we shot ‘Logan,’ I was like, we got the idea. We knew what it was going to be-ish, right?” Jackson continued. “And I thought this is it. And that really helped me, it really helped knowing I was going into my last season, that it was my last season that I made the most of it. And it’s still a character I hold close to my heart. But I know it’s done.” 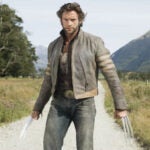 Also Read:
Hugh Jackman Would Have Played Wolverine in MCU Had the Timing Been Right

Not content to put a fork in it, he decided to add a knife-twist for his offscreen “rival” and fellow practical joker, Ryan Reynolds. “Tell that to whoever you want,” Jackman said, “but please tell it to Ryan (Reynolds) because he doesn’t believe it — he thinks I’m joking.”

Back in 2020, Jackman previously said he would have loved to play the character in the MCU had Disney only acquired the Fox film studio — including its roster of Marvel characters like the X-Men — before 2019.

“If seven years ago that had happened I’d be like, ‘Oh yeah!’” Jackman told The Daily Beast. “But I knew it was the right time for me to leave the party — not just for me, but for the character. Somebody else will pick it up and run with it. It’s too good of a character not to. It’s kind of like, ‘You’re on your way home and your friend rings you and goes, “Oh, dude, a new DJ just came on and the music is awesome, are you going to come back?” And you say, Sounds good but… no.’ They’re fine with someone else.”