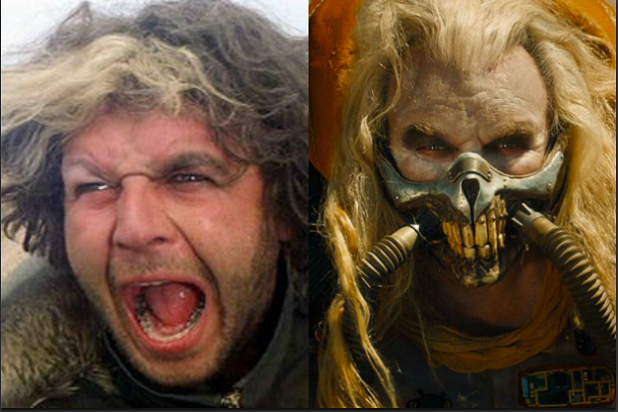 Australian actor Hugh Keays-Byrne, who played two different villains in the “Mad Max” franchise, died on Tuesday morning, according to his representative. Keays-Byrne was 73.

Keays-Byrne as born in 1947 in Kashmir, India. He moved to Britain as a boy, trained as a theater actor and joined the Royal Shakespeare Company in 1968. He booked small parts in 1974’s “Stone,” 1976’s “Mad Dog Morgan” and “The Trespassers.”

Keays-Byrne booked his first leading role in 1978’s TV film “The Death Train” before booking his breakout role as the villainous Toecutter opposite a young Mel Gibson in 1979’s apocalyptic sci-fi film “Mad Max,” which became a cult hit and spawned a franchise.

Hugh Keays-Byrne continued to work in smaller parts on television, and is known for his performance as Mr. Stubb in the 1998 mini-TV series “Moby Dick” (1998) and “Farscape.”

According to Business Insider, in 2007, Keays-Byrne received a call from his “Mad Max” director George Miller and offered him the part of Immortan Joe, the leader of a post-apocalyptic village in which he rules by limiting the water supply and using beautiful women to birth his followers coined “War Boys,” in 2015’s “Fury Road” opposite Tom Hardy and Charlize Theron.

“Fury Road” would receive ten Academy Award nominations at the 88th Academy Awards, including Best Picture and Best Director, and won six awards, the most at the ceremony, for Costume Design, Production Design, Makeup and Hairstyling, Film Editing, Sound Editing and Sound Mixing.