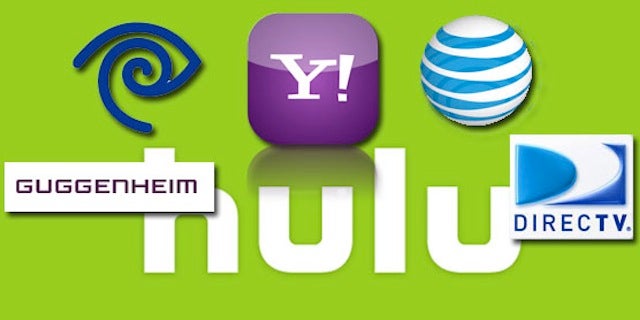 TheWrap spoke to agents, digital executives and the various parties involved in talks, and there was only one thing they agreed on: "No one is buying it for the same reason."

TheWrap divided bidders into three categories – private equity firms, TV providers and Internet companies. Here is how they stack up:

Why Yahoo wants it: Yahoo has moved aggressively into distributing online video, airing widely praised shows like "Burning Love," getting in bed with the likes of Ed Helms and acquiring the rights to the "Saturday Night Live" library. Buying Hulu would take that strategy one step further, acquiring a top video player for its content and adding Hulu’s existing library.

One of Yahoo's biggest problems has been its lack of a quality player that is easy to use and find. People love Yahoo for its scale (more on that later) but think that videos tend to get lost when they aren’t promoted on the homepage.

"It would immediately have a premium player," the person said.

Why it would work: Unlike the other buyers, Yahoo would not have to spend a ton of time luring new users thanks to its robust audience. It still draws more than 700 million unique visitors a month across its properties.

"Any internet company would see Hulu as another way to monetize the huge traffic they get," a different individual said.

Also read: How Many Different Companies Can Bid on Hulu? Too Many

Why it wouldn’t: Content costs. Yahoo shelled out a large but undisclosed sum for "Saturday Night Live" and would continue to pay out the ears for more shows.

"Yahoo buys it, and everyone says, 'Oh great, whatever you paid for 'SNL,' you’ll pay that for every single show we give you," the first individual said.

Why they want it: Value. The private-equity companies would buy it for a price now, increase its value over time and look to sell in a few years.

"Private equity buyers are simple to understand," one individual said. "They want a return – whatever return their investment committees shoot for over whatever time frame."

Why it would work: They are really good at creating value. Silver Lake led a group that bought a 70 percent stake in Skype in 2009. They invested $940 million and valued the company at around $2.7 billion. Two years later, they flipped it to Microsoft for $8.5 billion, and Silver Lake walked away with $2.9 billion. KKR has completed private-equity transactions worth more than $400 billion.

Why it wouldn't: Cost and scale. Privateequity companies look for deals, and if any kind of bidding war takes place they make get priced out. If Yahoo or DirecTV decides to make a godfather offer, Silver Lake and KKR could look for the door. Hulu may also have to write some big checks for content in the future, so securing a favorable deal on shows is a key to private equity staying in the game.

Moreover, several top executives have left Hulu in the past year, including founding CEO Jason Kilar and CTO Richard Tom. More departures are expected. Strategic investors value Hulu's executive talent more than any of the other bidders because they don't have a large staff of their own.

DirecTV and Time Warner Cable have both made bids, though initial reports indicated Time Warner Cable’s offer was for a stake rather than the whole company. Given that every other interested party would buy Hulu outright, few believe anyone is just buying a stake.

"I don’t know if Disney or News Corp. would be interested in bringing in another equity partner," one individual said. "They don’t need capital or more confusion around the board table."

AT&T has also entered the fray with Chernin Entertainment, a duo that combines Chernin's media savvy with AT&T's U-Verse.

Why they want it: To extend their dominance of the living room onto digital platforms. Many digital evangelists have been predicting the mass onset of cord-cutting – people dropping cable subscriptions – for some time. It hasn’t happened yet, but there is no question younger consumers want to be able to watch their TV on every device.

Just look at the popularity of services like HBO Go and Netflix.

No cable or satellite provider has fully prepared for this world, as almost everyone characterized their digital efforts as intended to defending the existing business model rather than create for a long-term solution.

Buying Hulu could change that if they used it to give their customers the same quality of entertainment on tablets, laptops and mobile devices.

Any of these companies could turn Hulu into an authentication vehicle for their TV shows. (Think HBO Go for several channels.) They could also use it as a storefront for individual shows.

"No one has cracked TV Anywhere yet," the individual said.

Why it would work: Preexisting relationships. Most of these companies already negotiate with Hulu’s owners to carry cable channels, ameliorating the potentially contentious negotiations for the rights to shows. These companies already deliver channels through their pipes, and Hulu would just move them onto another platform.

Why it wouldn’t work: Preexisting relationships. Since most of these companies already pay to carry channels, they could try to drive a hard bargain on rights deals by trying to package them all together — an ABC Family two-for-one.

Moreover, if one of them buys Hulu it takes an independent content buyer out of the mix. The studios have been printing money by selling shows to buyers like Netflix and Amazon. Taking one of those buyers out of the marketplace is not so attractive.

Ross Levinsohn already tried to buy Hulu when he was running Yahoo, and now he is targeting it again. Levinsohn was the major proponent of Yahoo’s aggressive expansion into video. Guggenheim’s main properties include Billboard, Adweek and the Hollywood Reporter, so Hulu would be a whole new ballgame for them as well.

In a sense, Guggenheim fits in the private-equity category since the deal would be financed by Guggenheim’s private-equity arm. Yet Levinsohn is actually a media executive, unlike the folks at Silver Lake or KKR.

One wrinkle: Guggenheim Partners’ investment bank is advising Hulu’s owners on the sale. So the private equity arm of the same entity could buy a company being sold by its banking arm.