Hulu is dropping the “FX on Hulu” branding for all of its FX-produced original series and renaming its content hub a much more simple “FX.”

To go along with the move, all FX shows will feature the FX mark above the show titles, including both the exclusive series that FX produces for Hulu and the shows that air first on the FX and FXX cable channels. The move further aligns FX within Hulu and cements FX’s expansion from a cable channel to a full-fledged brand identity, similar to HBO and HBO Max.

FX plans to double its programming output in 2022 with a target of 30 shows, 25 scripted and five unscripted. In addition to producing shows through FX Productions, FX will increase its collaboration with Dana Walden and Disney Television Studios— 20th Television, ABC Signature, The Onyx Collective and Searchlight. 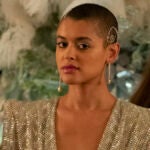 “We realized a decade ago that FX would soon no longer be primarily a location, but a rather branded mark of quality that would travel across multiple distribution platforms,” said FX chairman John Landgraf. “For 20 years, we have worked tirelessly to make the FX mark synonymous to the consumer with original programming that is distinctive and excellent as well as entertaining. This change furthers the natural evolution of FX and we are grateful to the company and our partners at DMED for their belief and investment in FX branded programming. We are confident that the FX brand, wherever the consumer finds it, will continue to deliver the highest quality programs any service has to offer.”

“With more than a billion hours of FX programming viewed on Hulu since the launch of the FX hub, we’ve further cemented Hulu as the home for stories that impact culture, inspire conversation, and connect with viewers in meaningful ways and we’re excited to see the brand evolve to connect with international audiences on Disney+ and Star+,” said Campbell. “FX’s award-winning adult programming is vital to our services both domestically and internationally and we want to shine a brighter light on the brand within our excellent and rapidly growing portfolio of general entertainment programming for adult audiences.”

Internationally, FX content is carried by Star+ in Latin America, and Disney+ in all other territories (where it exists inside the Star content hub).