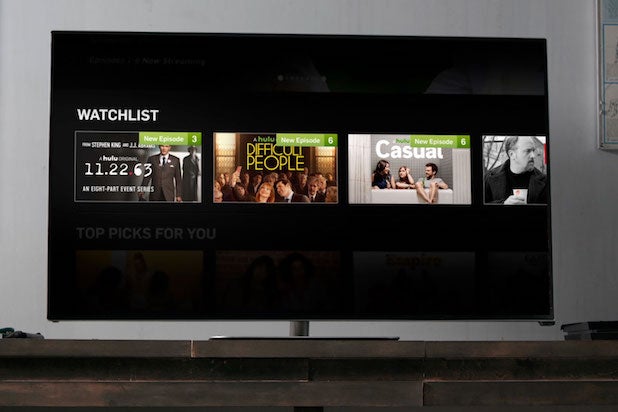 If you’ve ever pulled up your Hulu app and couldn’t find anything you felt like watching, the streaming service hopes the new feature it launched on Friday will show what you want to see — before you give up and hop over to Netflix’s app instead.

Hulu’s new Watchlist queue is meant to personalize content recommendations based on the shows you actually watch, what viewers like you watched and what shows are connected by things like plot elements. It basically combines the features of its old Queue, Favorites and Shows You Watch sections in one place.

It moves Hulu one step closer to Netflix, widely seen as one of the video industry’s leaders on the tricky problem of discovery. Streaming sites like Hulu and Netflix must aggregate tons of content appealing to every kind of person to draw a big enough subscriber base. The challenge is figuring out how to present the right bits and pieces from its huge catalog to each member.

Hulu said each user’s Watchlist would change every time they check it. The feature dynamically tailors the order of content to match how each an individual watches TV and makes suggestions like shows a user hasn’t seen before.

The feature, which will roll out progressively to Hulu’s users in the coming weeks, will automatically suggest that users watch the newest episodes of any shows they follow and alert them as to where they left off, allowing them to save any episode, clip, movie or show that they’d like to watch later by clicking a “+” or “add to Watchlist”  button.