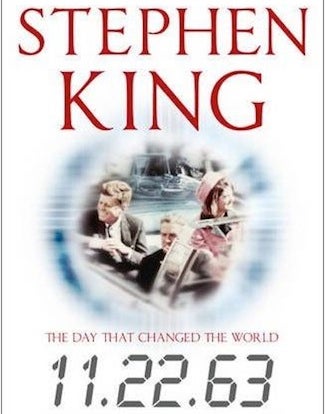 Hulu has given a straight-to-series order to “11/22/63,” a thriller based on Stephen King‘s novel of the same name.

On “11/22/63,” a high school English teacher Jake Epping travels back in time to prevent the assassination of President John F. Kennedy. But, his mission is threatened by Lee Harvey Oswald, his falling in love and the past itself… which doesn’t want to be changed.

“If I ever wrote a book that cries out for long-form, event TV programming, ’11/22/63’ is it,” King said in a statement. “I’m excited that it’s going to happen, and am looking forward to working with J.J. Abrams and the whole Bad Robot team.”

In addition to Abrams and King, Bridget Carpenter, who is also writing the show from King’s book, and Bryan Burk will serve as executive producers on the series.

Carpenter said: “Stephen King is one of my literary heroes. Creating this miniseries from his extraordinary book is a dream come true. My dad, a lifelong Stephen King fanatic, still cannot believe it.”