Hulu has pulled a documentary about the Astroworld concert tragedy in Houston one day after it’s premiere in response to massive backlash against the special.

The 50-minute news special, titled “Astroworld: Concert From Hell,” was produced by Houston ABC’s affiliate KTRK. It can still be viewed here. An individual with knowledge of the situation told TheWrap that Hulu removed it because it was improperly branded to make it appear as if it was a Hulu original, when it was not. It had previously aired on KTRK on Nov. 20.

A description of the special reads: “Travis Scott’s Astroworld Festival was supposed to be the concert of a lifetime. But it turned into a tragic nightmare. A minute-by-minute look at what happened in the crowd, the young victims who were killed, and what happens next.” 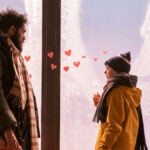 It received immediate backlash upon its premiere on Hulu on Wednesday, with many pointing out that it’s been less than a month since the tragic events.

“Hulu making a documentary about Astroworld is in poor taste all around. People are still burying their loved ones. The legal cases haven’t even started. Great documentaries are done when all the facts are laid out. Not enough time has passed to fully discuss this,” wrote one user.

A crowd surge during Travis Scott’s headlining performance during Astroworld on Nov. 3 at Houston’s NRG Park caused a panic and left some people trampled or with cardiac arrest. More than 300 people were treated at a field hospital and at least 10 people have died. More than 50,000 people attended the event.

More than 100 lawsuits have already been filed on behalf of victims.