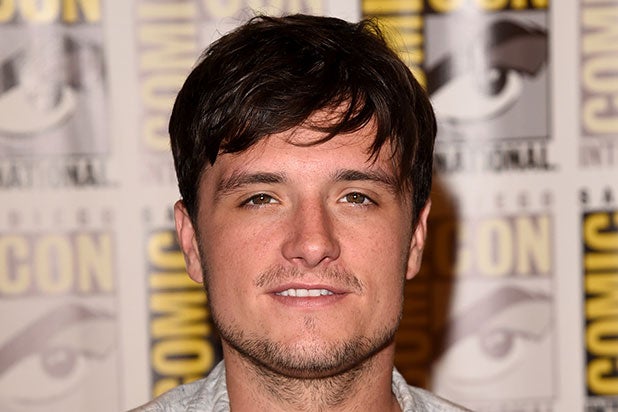 If all the presidential contenders were to enter the Arena for the 76th Hunger Games, Josh Hutcherson believes that either Bernie Sanders or Jim Webb would emerge victorious.

“I think Jim Webb,” Hutcherson told TheWrap Thursday. “I think he would win because he is ex-military, he’s a Vietnam vet, just a kicking ass machine. Although, I think Bernie Sanders would find a way to end it all. It’s a mess!”

The actor, who plays Peeta in “The Hunger Games: Mockingjay – Part 2,” was game to talk politics while promoting his upcoming short film, “The Rusted.” He said that out of all of the current candidates, he believes Sanders would have the best shot at survival. But if Vietnam veteran Webb hadn’t dropped out of the race earlier this week, he’d definitely be the champ.

Hutcherson was referring to Larry David‘s impersonation of Sanders on “Saturday Night Live” last weekend, where David talked about Sanders’ website: “BernieSanders.com: Check it out. It’s a mess!”

The actor also chose weapons for both Webb and Sanders if they were to duel in the arena.

“Bernie Sanders’ weapon of choice would be a megaphone because he can do the most damage with that, that’s what he is so smart about,” he said. “And Jim Webb would just want an assault rifle. He’s an ex-Marine, maybe just his bare hands! I don’t know. But he needs a weapon.”

Stay tuned for TheWrap’s interview with Hutcherson about his new short film, “The Rusted,” which was set to premiere in New York City on Thursday night.